In one of the more extreme examples to date, according to the agency, federal inspectors issued 20 withdrawal orders and five citations during an April 2011 impact inspection at Randolph mine in Boone County, W.Va., which is owned by Massey Energy and operated by Inman Energy. Eleven of the orders were for serious violations of a ventilation plan that presented a potential risk of fire, explosion and black lung disease.

On April 14, an inspection team arrived at Wilcoal Mining Inc.’s Tri-State One mine in Claiborne County, Tenn. The inspectors captured and monitored the mine phone to prevent advance notification of their arrival. As a result of this inspection, the mine operator was issued 15 104(a) citations and five 104(d)(2) orders. Two orders and two citations were issued for accumulations of combustible materials on two underground belts. These accumulations extended approximately 650 ft and ranged in depths of 4-to 16-in. Although the accumulations were wet at the time, under normal mining conditions they will dry out and present fire and explosion hazards.

Additional citations were issued for conditions that could cause serious injuries and possible death. Inspectors found violations of inadequate rib and roof support, improperly working parking brakes and emergency stop switches, and noncompliance with the approved ventilation plan. The continuous mining machine was observed mining with the line curtain 24 ft from the scrubber discharge. The plan limits this distance to a maximum of 15 ft. Noncompliance with the approved ventilation plan and the presence of this condition underground at the mine expose miners to respirable coal mine dust, making them vulnerable to black lung disease and methane hazards that could contribute to mine explosions.

The April impact inspection was Tri-State One’s fifth since April 2010. Although the mine received a potential pattern of violations notice during the last screening, it reduced its rate of significant and substantial violations during the evaluation period and was not placed on POV status.

As a second example from last month’s impact inspections, on April 14, an inspection party arrived at Vision Coal Inc.’s Mine No. 2 in Letcher County, Ky. Inspectors captured and monitored the phones to prevent advance notice of their arrival. The mine operator was issued 30 citations and seven orders. The operator did not follow the approved roof control plan requiring the use of a sightline or other method of directional control to maintain the projected direction of mining in the underground sections of the mine. This practice exposed miners to serious injuries from roof and/or rib falls. The operator also did not follow the alternate borehole pattern drill plan. Failure to drill the required test holes exposes miners to hazards associated with the inundation of noxious gases and water on a regular basis.

The mine operator also was cited for failure to correct hazardous conditions found by the pre-shift mine examiner, as well as accumulations of loose coal along a conveyor belt in the mine. The operator had been cited 93 times in the last two years for violations of 30 Code of Federal Regulations 75.400, accumulation of combustible materials. If left uncorrected, the condition could have led to a mine fire. This impact inspection was the second conducted at Vision Coal’s Mine No. 2.

Since April 2010, MSHA has conducted 259 impact inspections. These inspections have resulted in 4,610 citations, 442 orders and 14 safeguards. 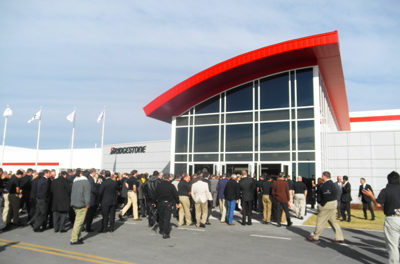