Known as Senate Bill 297 and sponsored by Kentucky Sen. Chris Girdler, the proposal would eliminate the current mandate of six state mine inspections per year, and its backers have said that it would reportedly duplication of efforts.

Girdler said the coal industry, especially in Kentucky, needs a break after the closing of numerous mines and the loss of more than 10,000 workers. Those operations still open, he told the Lexington Herald Leader, no longer need to be inspected by both state and federal officials.

“This [measure] is a step in the right direction for fiscal responsibility,” he said. “We need to change the mission of what the (state mine agency) will do, hopefully to more of a behavior-modification role, to be proactive and work with the mines rather than just write citations. Right now, all we’re seeing is a duplication of roles. MSHA is doing the inspections as well as the state.”

“What we’re not having happen is these behavior modifications that every mine expert we talk to says has a major impact on keeping people safe in a preventive way, not only a punitive way,” he said.

Currently, all underground Kentucky coal operations are evaluated at least six times annually, and all others are examined at least two a year.

Retired Arch Coal Chief Inspector Jim Vicini, who is from Harlan County in the state’s eastern coalfields, told the Courier Journal that coal productivity may be down, but the activity at mines by Mine Safety Health Administration inspectors is not.

“The coal industry is seeing the Mine Safety and Health Administration double their frequency of inspections,” he said. “It’s not unusual for some large mines to see as many as seven to 10 inspectors a day.”

Senate passage of SB 297 is likely, according to several individuals familiar with the issue.

JPMorgan Stepping Back From Coal Financing 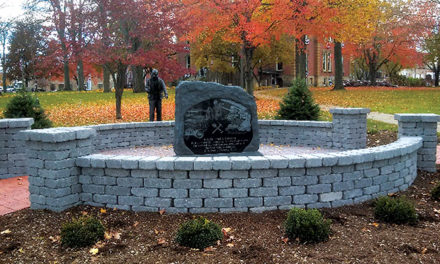