In Memory of Harry Martin 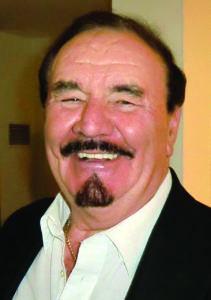 One of the pioneers of modern longwall mining, Harry Martin, recently passed away. He was 82 years old.  Sponsored by the National Coal Board, Martin, who was of Welsh-decent, attended North Notts Technical College for seven years where he attained his engineering degree, colliery managers license and other mining certifications.

After becoming a colliery manager at a fairly young age, he joined Dowty Corp. He then immigrated to the United States in 1970 when the company offered him a position as vice president of sales, based in Pittsburgh, Pennsylvania. Martin helped Dowty win a sizeable share of the longwall roof support market, as longwall mining in the U.S. grew in acceptance and transitioned to two-leg roof supports (or shields). During this period, he also established himself as an expert in the field of longwall mining.

In June 1991, Martin joined Westfalia Becorit, which was formed from a merger between Westfalia Lünen and Klöckner Becorit. The merged company later became Deutsche Bergbau Technik (DBT), adding the German companies, Halbach & Braun and Hemscheidt to the mix.

“Harry had a positive influence on mining people and he did it globally,” said Bill Tate, who became CEO of DBT in 2000. “He was a very special man. He made many contributions to coal mining in the U.S, Latin America, Australia and China. His wit and experience allowed him to be fluent in many different languages and social customs.”

Martin was instrumental in selling DBT’s first set of high-seam roof supports into China in 1993, which paved the way for a lot of business for DBT in what would become the world’s largest longwall market over the next 15 years. Martin traveled extensively in China for many years and became the company’s expert in that part of the world. Tate recalled the startup of a low-seam longwall mining unit in northeast China. “We had a police escort to the mine and, along the route, the people stood at attention holding red balloons,” Tate said. “At that point, I realized that they were not celebrating the arrival of DBT executives. They were showing respect to their friend, Harry Martin, who improved working conditions in the mines and brought prosperity to the region.”

Martin was extremely popular with young people at DBT. One of those young people at DBT in the 1990s was Uli Paschedag, a mining engineer who worked for and with Martin. Bucyrus purchased DBT in 2007 before it was purchased by Caterpillar in 2011. Paschedag, who would eventually become the top Cat executive in Lünen and now teaches at Georg Agricola University in Germany, said he developed his life motto of “work hard and have fun,” based on the time he spent with Harry. “He had the ability to form close bonds with people quickly and his customers felt as if they were friends… and they were,” Paschedag said.

Tate recalled Martin’s first wife Ann, saying she was a lovely person and the most effective unpaid employee in the company. “With no mobile phones or email back then, she would take messages from Harry’s customers, writing down part numbers while he was on the road,” Tate said. She passed in 2001 and Martin became a widower. He eventually met Xie “Susan” Guifen in Beijing, China. They married and purchased a place by the ocean in Daytona Beach, Florida. Harry retired in 2014.

Martin was a founding member of the Longwall USA executive committee, a member of the King Coal Club, a fellow of the Institute of Mining Engineers, a chartered engineer, a registered European engineer (FEANI) and on the executive board of a number of mining-associated affiliations including the Aachen University Mining Colloquium. He was directly involved in the design and application of many record-breaking longwall systems throughout the world and regarded as an innovator throughout the underground coal mining industry in the field of strategic alliances. Most of all, he will be remembered as a friendly, intelligent man with whom we shared a lot of laughs. Rest in peace Harry.