Officials said the 50-year-old facility has already been running on a limited basis. Its nearby Coal Creek Station and Spiritwood Station will both remain open.

“After careful consideration of several alternatives, it became clear that retiring the [Stanton] plant was in the best interest of our member cooperatives,” GRE President and CEO David Saggau said. “We are making every effort to minimize impacts on our employees and the community through this transition.” He noted that the company has offered numerous support resources to its 65 workers and will make jobs available at other company locations.

Great River Energy is the majority owner of Midwest AgEnergy Group, the owner and operator of two ethanol plants and related facilities in North Dakota; it also maintains a number of transmission facilities in the state.

Stanton Station, which supplies electricity to 28 rural cooperatives in Minnesota and Wisconsin, has a generating capacity of 189 megawatts and had the capacity at prime levels to burn 800,000 tons of coal annually. It burned North Dakota lignite until about 10 years ago, when it switched to subbituminous coal from Cloud Peak Energy’s Spring Creek mine in Montana. 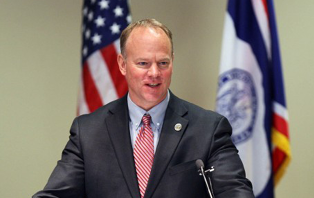