The devastating flood event was the third-deadliest in state history, and resulted in losses that residents are only now beginning to completely fathom. With billions in damage left behind once the deluge ended, West Virginia Gov. Earl Ray Tomblin declared a state of emergency for 44 of the state’s 55 counties, and the West Virginia National Guard and teams for search and rescue were deployed from border to border. The greens and fairways of the Greenbrier, owned by coal magnate Jim Justice, became a river through the middle hard-hit White Sulphur Springs.

Many of the areas impacted the most by the worst U.S. flooding in more than a half-decade were, unfortunately, also areas crushed by the industry’s downturn. Miners, many of them living on unemployment assistance or trying to track down another line of work to support their families, found themselves without the homes they were already working diligently to keep and maintain.

From an industry perspective, coal operators across Southern Appalachia seem to have escaped the flooding event largely without significant issue. A spokesman for Alpha Natural Resources noted that, while their people were certainly impacted on a personal level, none of their mines sustained any issues affecting worker safety. An Arch Coal representative reported the same. West Virginia Department of Environmental Protection (DEP) spokeswoman Kelley Gillenwater said no flood-related problems were reported at the state’s impoundments or abandoned operations. 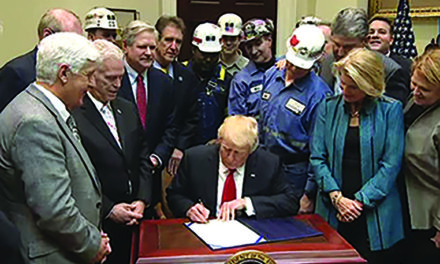