Addington, who filed for bankruptcy protection after he personally guaranteed a number of business debts, argued unsuccessfully for the right to reorganize under federal Chapter 11 provisions. But in May, Judge Joseph M. Scott Jr. sided with the U.S. trustee and converted the case to a straight Chapter 7 liquidation.

In granting the U.S. trustee’s request, Scott overruled an objection by the liquidating trustee of the Appalachian Fuels Creditors Trust to allow the case to remain in Chapter 11. The liquidating trustee had argued that leaving the case in Chapter 11 “ensures as many of the debtor’s interests as possible are retained as part of the estate, and avoids the risks associated with the legal ambiguities” related to Addington’s various limited liability corporations.

The judge gave Addington until mid-June to “file a final report and account” with the court.

Scott also ordered Addington to turn over to the U.S. trustee copies of all books, records of account, bank books and bank statements and cancelled checks for the first six months preceding the January bankruptcy filing.

Addington also was told to submit to the court all certificates of stock, bonds, keys to any safety deposit boxes, and contracts of life and burial insurance. Further, Addington must file with the court copies of his last state and federal income tax returns as well as all contracts or title papers pertaining to any property he owns.

In addition, Addington must hand over to the U.S. trustee copies of all “payment advices,” such as check stubs, or other evidence of income received within 60 days of the bankruptcy petition.

In the January filing, Addington claimed liabilities of approximately $37.3 million and assets of about $7.1 million. Listed among the major unsecured creditors he owed money to were Caterpillar Inc., a heavy equipment manufacturer, $9.5 million; PNC Equipment Finance, $3.7 million; and Town Square Bank, $3 million.

Addington has been involved in the ownership of several coal companies over the years, including AEI Resources Inc. and Appalachian Fuels. Appalachian Fuels has been in bankruptcy proceedings in the same eastern Kentucky federal court since mid-2009. 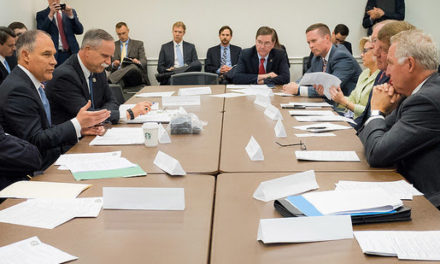 Oaktown Could Begin Production This Year