Wabtec Celebrates 10 Years in Fort Worth 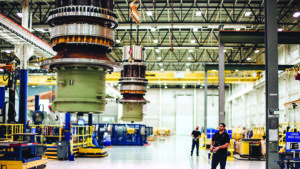 Fort Worth welcomed a new resident in October 2012 as Wabtec opened the doors to a 1-million-ft2 locomotive plant and 250,000-ft2 mining plant. The region was an ideal location for Wabtec’s new plants. The Dallas/Fort Worth metroplex offered a strong talent pool, leading universities, a major international airport, proximity to key customers, and resources to compete in the global marketplace. Additionally, there was a rail line that could be converted into a test track.

With those ingredients for success, Wabtec’s team in Fort Worth established the site as one of the premier production facilities for the rail and mining industries over the next 10 years. The site increased the productivity and flexibility of Wabtec’s North American manufacturing operations, enabling the company to better serve its customers.

“This anniversary is a tribute to the dedication and focus of the Fort Worth team,” said Justin Downs, group vice president for Wabtec’s Freight Operations. “They have positioned the site as one of Wabtec’s most productive operations by demonstrating the ability to take on different types of work and exceeding customer expectations.”

The 94-acre site’s capabilities have diversified and grown throughout the decade. The plants’ original focus was primarily the production of new locomotives and drive systems for mining haul trucks. However, the team has since added modernization and kitting work to the million-ft2 locomotive plant, while the 250,000-ft2 mining facility added production of truck control boxes. The site also added a 262,000-ft2 warehouse to support the locomotive and mining plants right across the street.

“We could not have achieved this level of success alone,” said Dave Cox, group vice president of Wabtec’s Mining and Components Operations. “Thanks to the support from the community, suppliers, and other Wabtec sites, our team positioned the site and the company for success for years to come.” 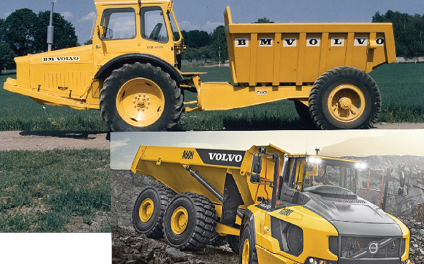