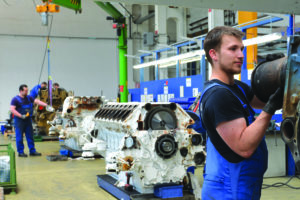 Rolls-Royce announces the addition of a new Remanufacturing and Overhaul Regional Center at its mtu Aiken manufacturing facility in Graniteville, South Carolina, U.S. The project will provide dedicated and streamlined remanufacturing and overhaul operations as those provided, for example, at the Magdeburg plant (pictured here) in Germany.

Rolls-Royce announced a $17.4 million investment at its mtu Aiken manufacturing facility in Graniteville, South Carolina, for the addition of a new Remanufacturing and Overhaul Regional Center. The planned 109,000-ft2 expansion project will provide remanufacturing and overhaul operations.

To be built next to the mtu Aiken plant’s existing engine manufacturing operations, the new center will bring currently outsourced workshop and warehouse operations in-house and expand them to provide remanufacturing of mtu Series 2000 and 4000 engines and components, the overhaul of mtu brand and customer-owned engines, plus internal and external rework services to help customers and distributors fine-tune maintenance and performance metrics.

Remanufacturing offers a wise lifecycle investment for customers, returning equipment to like-new condition and resulting in lower acquisition, maintenance and operation costs. Already performed at select global plant locations, the Rolls-Royce remanufacturing and overhaul process is designed to ensure optimal performance and durability, where used engines and assemblies are fully disassembled, cleaned and inspected, and then reworked and reassembled using all new parts to replace any outdated, worn or damaged components.

“Investing in a remanufacturing and overhaul center in the United States is the next milestone in implementing our global strategy to optimize the value of our installed base, with regional centers and supporting workshops offering the best
support for our customers,” Rolls-Royce Power Systems COO Dr. Otto Preiss said.

The facility at Aiken will feature distinct work areas to carry out the remanufacturing and overhaul process: core management; cleaning and disassembly; measuring and inspection; rework; reassembly; test; painting and packaging. Upon startup, the center will remanufacture all applications of mtu Series 2000, Series 4000 and Detroit Diesel 2-Cycle engines. The future aim is to add capabilities to support the company’s sustainable solutions such as battery containers, along with natural gas engines and systems.

“It’s exciting to see and be a part of starting up and establishing the Remanufacturing and Overhaul Regional Center here in Aiken, which is a great addition to our existing capabilities of machining and producing new products,” said Steve Blaszczak, senior manager, remanufacturing and overhaul for the U.S. “Our goal is to provide customers and distributors with solutions to reduce their costs while providing high-quality products and services, using many of our existing processes, machinery capabilities and standards.”

Since its opening in fall 2010, the mtu Aiken Plant has been the site of continuous innovation, investment and expansion. What began with the production of Series 2000 and Series 4000 engines has grown to include the assembly of military engines, the machining of parts, and even the production of energy through its solar field and microgrid. With an on-site research and development center and now a new Remanufacturing and Overhaul Center, the mtu Aiken Plant covers the full circle of life for an mtu engine — from concept to second life (i.e., overhaul).

Construction of the new center is scheduled to begin later this year, with operations expected to begin in
early 2023. 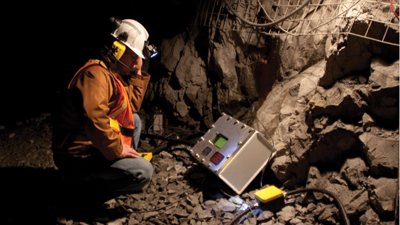