The purchase agreement was part of a larger meeting between Shanxi delegates and officials from West Virginia held recently in Charleston. China was West Virginia’s second-largest international market in 2014, with more than $550 million worth of state products shipped to the country.

Petitto makes the Mule longwall shield transporter, and Datong also agreed last week to continue their business and technology collaboration to “improve mining safety and efficiency in the future.” Other signed documents from the meeting included a friendship agreement between Shanxi and the state and a memorandum of understanding to promote educational and academic exchanges among higher education institutions in both locations.

The West Virginia Development Office Export Promotion Program has sponsored a West Virginia pavilion at the biennial China Coal and Mining Expo since 1999. It will attend the Beijing event once again this year from October 29-November 1.

Morgantown-headquartered Petitto was formed in 1969 by Angelo Petitto as a repair facility and began manufacturing equipment in 1978. The Petitto Mule evolved from a 10-ton prototype to a 55-ton machine; it is currently one of the industry’s largest available units.

JOEST to Supply Screens for Elkview 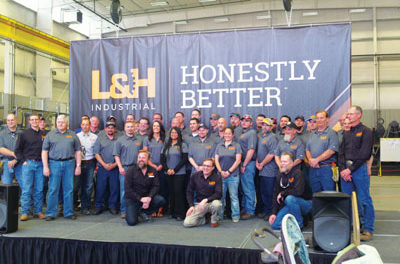