Vital Alert Communication Inc. recently announced that the U.S. Mine Safety and Health Administration (MSHA) issued federal approval for the Canary Through the Earth (TTE) communication system as intrinsically safe. The Canary system requires no cable, fiber or line of sight between units. Units can be placed vertically (above and below ground) or laterally (below ground to below ground) to provide real-time voice, data and text communications. The system works as an independent, stand-alone wireless link or in concert with existing primary communications systems to provide a secondary communication path based on wireless TTE technology.

Most wireless systems rely on redundancy. A major roof fall, fire or explosion could destroy both of these paths. By integrating TTE communications, the secondary or tertiary path would now use different technology, significantly increasing the chance of post-event survivability and allowing communication with trapped workers.

“This is a milestone for our company and a milestone for mine safety,” said Michael Homer, CEO, Vital Alert. “It’s one thing to say you can communicate through the earth, it’s another thing to make it practical and usable for miners. We have achieved that. The MSHA approval is the final step in a long journey for our engineering team, and they should be applauded for their effort. We can now move forward with our partners and customers that have the vision of incorporating TTE into their daily use communication system to take mine safety to the next level.”

Canary is the only MSHA-approved TTE communication system capable of real-time, two-way voice, text and data transmission and is easily transported and easily deployed. It can be moved as the mine expands, and also built into rescue chambers and emergency shelters. 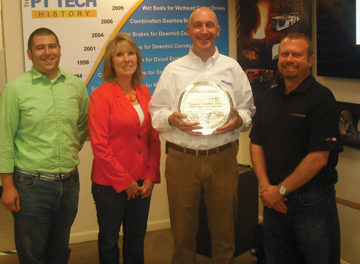