This analysis and forecast is documented in Parker Bay’s report entitled “Market Analysis and Forecast: Loading and Haulage Equipment.” The 130-page report and accompanying data file examines the impact of the commodities Super Cycle of 2003-2012 and the dramatic reversal and continuing contraction of mining industry fortunes on equipment markets and manufacturers. All historical data contained in this report are derived from Parker Bay’s “Mobile Mining Equipment Database,” which identifies each machine by individual mine in more than 100 countries, producing a major share of the world’s coal, copper, gold, iron, oil sands and more than 20 other minerals.

Over the 10 years through 2014, global equipment manufacturers delivered 6,400 large excavators (20-mt-plus payload) and nearly 31,000 haul trucks (100-mt plus payload) with an installed value of nearly $80 billion. While most of this new capacity was required to fuel the growth in mineral output, it became clear that by 2013, more mine capacity had been added than was required. The escalating oversupply, combined with slowing demand from China and elsewhere, initiated the downward spiral in mineral prices that continued through year-end 2015. This in turn compelled companies to close many mines, curtail output at others and drastically cut capital expenditures.

Parker Bay’s report examines the factors now impeding a recovery and those that will eventually spur a resumption of growth for these machinery markets. Chief among these factors are: the excess capacity at mines, including more than 4,000 machines parked and available for resale and redeployment when demand warrants it; the eventual requirement to replace large numbers of the 9,000-plus excavators/loaders and 40,000-plus trucks now in service; and continued growth in mineral demand in spite of currently depressed prices.

Very slow growth in mineral production through 2020 will warrant increases in installed machine capacity of less than 1.5% per year through 2020, compared to increases of 7%-10% per year during the past decade.

The current “overhang” of surplus machines will reduce near-term demand for new machines by as much as one-third during 2016 and will continue to reduce new machine requirements through 2018.

Replacement requirements will be the chief driver in the recovery that will begin in 2017. Despite their best efforts to extend equipment service life and reduce the need for investment in their replacements, mines will eventually have to retire these machines. Parker Bay estimates nearly 2,500 excavators/loaders and 12,000 trucks will reach this stage during 2015-2020.

The result of these combined factors will be an equipment market that continues at current depressed levels through 2016 and begins recovering in 2017. This recovery will escalate during 2018-2020 as these markets have in past growth cycles. But the slow growth in mineral demand will dampen this next cycle to the extent that projected 2020 shipments will still be as much as 25% below the 2012 peak. 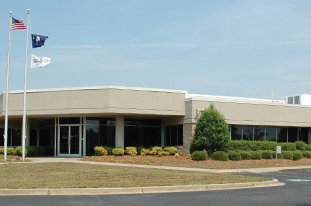