MINExpo INTERNATIONAL 2020 has been officially postponed. The National Mining Association (NMA), the MINExpo sponsor, announced the show will be moved to September 2021. The NMA said its highest priority is the health, well-being and safety of exhibitors, attendees, stakeholders and their respective families and colleagues, as well as event partners in Las Vegas and the COVID-19 pandemic has made holding MINExpo in September 2020 impracticable.

“This was a difficult decision that was not made lightly,” NMA Senior Vice President of Member Services Moya Phelleps said. “Health and safety is a top priority for the NMA. We were considering a number of options to protect the health of the delegates and the exhibitors. However, recognizing that some of the major equipment makers require a four- to six-week commitment to construct their exhibits and the associated logistics, along with the possibility that many companies will still have travel restrictions in place, we decided postponing the event would be the prudent choice.”

The NMA said it is working with event partners to identify and secure exhibition facilities and hotel accommodations in Las Vegas for a successful MINExpo 2021. Once logistical arrangements have been confirmed, new dates will be announced.

More information about MINExpo will be posted on the MINExpo website. 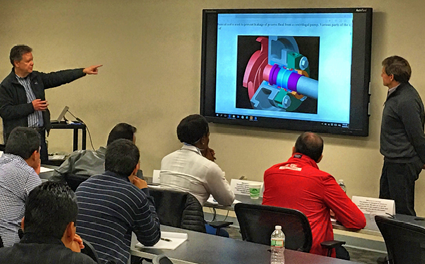