Mack Trucks employees honored America’s fallen and missing military personnel during the 28th annual Rolling Thunder Ride for Freedom rally, which took place Memorial Day weekend in Washington, D.C. Employees from the Mack Customer Center and Macungie Cab & Vehicle Assembly, both located in Pennsylvania’s Lehigh Valley, traveled by truck and motorcycle to Hagerstown, Maryland, for a special memorial ceremony at Mack’s powertrain plant. Following the ceremony, Hagerstown employees joined their colleagues as they continued to the capital and joined thousands of other Ride for Freedom participants. A Mack Pinnacle Axle Forward Rawhide Edition was used as the basis for the tribute truck and features custom graphics celebrating each branch of the U.S. Armed Forces, elements of the American flag and the motto, “A Beacon of Hope to All.”

The company is one of North America’s largest producers of heavy-duty trucks, and Mack trucks are sold and serviced through an extensive distribution network in more than 45 countries. 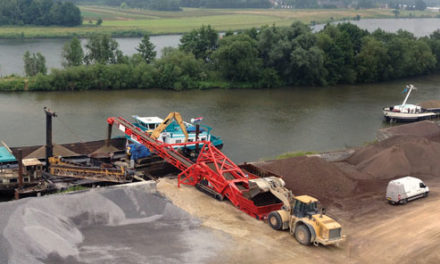