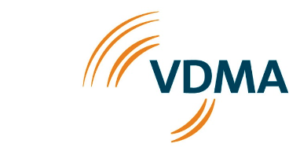 The Mining Division of the German Engineering Federation (VDMA) held their annual meeting during November at Zeche Zollverein in Essen, Germany. The group of German equipment suppliers and services providers reported sales of EUR 3.38 billion ($3.84 billion) for 2020. From January to September 2021, sales were down 18% year-on-year at EUR 2.8 billion ($3.18 billion). The group, however, expects sales to pick up by the end of 2021 and anticipates a moderate decline of 5% to 10% overall. The group also reported that its number of employees remains stable at 12,200.

“Without mining technology, nothing works in the industry now and in the future,” VDMA Mining Chairman Dr. Michael Schulte Strathaus said. “If we want to maintain our current standard of living, we need the corresponding raw materials. Everything revolves around achieving the European climate targets. This can only be achieved with increasingly digitalized products and work processes because the development possibilities in mechanics are limited.

He added that smart mining will lead to green mining. “We see our opportunities in offering the best technology worldwide that contributes to resource-saving, efficient, ‘green’ extraction and processing of raw materials,” he said.

Beyond the European Union and the U.K., the largest export markets for VDMA Mining include the U.S., China and Russia. The goods most commonly exported are crushing and grinding technology, deep drilling technology, mining and roadway heading machines, and tunnel boring machines.

VDMA Mining’s exports to the U.S. from January to August 2021 was almost twice as high at EUR 126 million ($143 million) as that for China at EUR 66 million ($75 million). In contrast to China, the U.S. market does not pose an extraordinary challenge, VDMA Mining explained. China only imports the technology that is not yet available locally in the desired quality, thus causing declining export figures for mining machinery companies with production sites in Germany. Despite the sanctions policy, business with Russia benefits from long-standing good relations with mining companies and their desire for quality.