Continental, the international tire and belting manufacturer headquartered in Hanover, Germany, purchased Veyance Technologies, based in Fairlawn, Ohio, for approximately $1.9 billion from the Carlyle Group. Veyance is best known in the mining business for supplying conveyor belting and conveying equipment under the Goodyear Engineered Products brand name. Last year sales exceeded $2.1 billion, 90% of which were unrelated to the automotive industry. Veyance has 27 plants around the world and a workforce of about 9,000 employees.

“Veyance’s business and geographic presence complements Continental’s existing global footprint, and the planned integration of Veyance into our ContiTech division will expand our position in rubber and plastics technologies on a worldwide basis,” said Dr. Elmar Degenhart, chairman of Continental’s executive board.

“Veyance Technologies will complement our ContiTech division in key markets where our presence is limited, particularly in the U.S. and South America. Plants in Mexico, Canada, China, Australia and also South Africa will provide additional opportunities,” said Heinz-Gerhard Wente, member of the executive board of Continental AG and CEO of the ContiTech division. “Veyance and ContiTech complement each other geographically, and ContiTech’s Conveyor Belt Group and Fluid Technology business units in particular will benefit from an enhanced global presence.”

In August 2007, the Goodyear Tire & Rubber Co. sold its Engineered Products business to the Carlyle Group for $1.8 billion. At the time, the Goodyear Engineered Products business operated 32 facilities in 12 countries and had approximately 6,300 employees. Over the ensuing six years, Veyance acquired several regional suppliers in different mining districts to build out its current network. 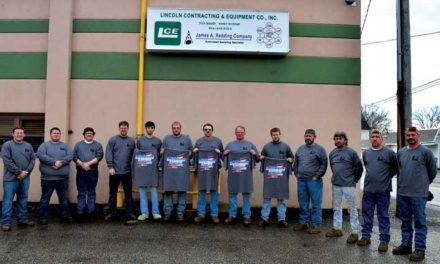