A coal mine located in southern West Virginia recently set another world record for daily low-seam coal production using a Cat automated longwall plow system. In a 24-hour period on April 10 and 11, the Pinnacle longwall mine produced 35,724 tons from the Virginia Pocahontas No. 3 seam, in a seam height of just 56 in. along the 980-ft longwall face. Unfortunately, the mine will now be idled (See News, p. 8).

The Pinnacle mine, located near Pineville, West Virginia, is owned by Cliffs Natural Resources and operates a Cat Gleithobel GH1600 Longwall Plow System. A previous record was set by this system at Pinnacle in August 2012, when 32,430 tons were mined in a 24-hour period.

The new record was set by the same system, mining its second panel after a comprehensive rebuild was performed by Carter Machinery, the Cat dealer serving that area. The rebuild encompassed a complete rebuild of the headgate and tailgate armored face conveyor (AFC) drive, the headgate and tailgate special AFC pans, the stageloader drives and return end, the complete crusher, and all gearboxes for the plow, AFC and stageloader.

The Cat automated longwall plow system at Pinnacle is currently the only one operating in the United States. The longwall system has 2 x 800/400 horsepower of installed power for the plow with two operating speeds of 395/197 ft per minute (fpm) and 2 x 800-hp installed power for the AFC. Each roof support in the system has a total leg cylinder capacity of 715 tons with an operating height range of 35 to 77.5 in. and is equipped with its own PMC-R electrohydraulic roof support control. Other units from the Cat Programmable Mining Control family are used for overall face automation and visualization, as well as for drive control. The longwall is equipped with a PF4/1132 AFC, a PF4/1542 stageloader and a SB0815 V-belt crusher with a 300-hp motor.

To set the new record, the cutting depth was calibrated to cut 140 mm at a speed of 395 fpm when traveling toward the headgate and 250 mm traveling at 197 fpm to the tailgate.

From a safety perspective, the Cat longwall plow system holds a significant advantage. For example, by using the Command for longwall capability set from Cat MineStar System, the plow is operated remotely with no personnel required at the production face, Cat said. As a result, there is no operator exposure to airborne dust, falling rocks or moving equipment.

In addition to enhancing safety, the Cat longwall plow can be a more productive choice, especially in thin seams. The compact design of the plow system operating at Pinnacle allows it to work efficiently in a vertical space as low as 46 in. Other designs are available that enable the plow system to mine seams as low as 39 in. With its high-powered drives, high-speed plow, high advancing forces and electronically controlled cutting depths, the system can extract large volumes of coal quickly and economically, regardless of seam hardness and geologic composition.

“Numerous production records have been set with Cat products, in this case demonstrating the superior production capabilities of our longwall plow systems in thinner seams. Our plow systems have been operating successfully for many years in mines around the world,” said Uli Paschedag, global product manager of underground products for Caterpillar Global Mining. http://mining.cat.com 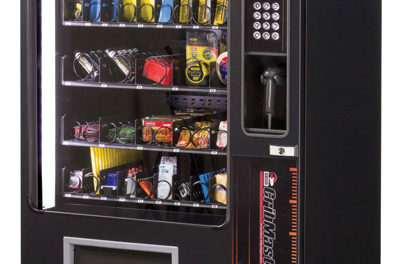 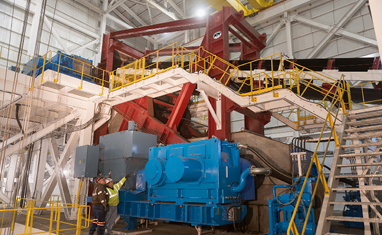