When two hydraulic mining excavators were needed for the Lake Lindsay coal mine in Central Queensland, Australia, the mine owners researched a number of alternatives before purchasing Terex RH340 machines. Owned by Anglo Coal and operated by Capcoal, Lake Lindsay is the newest metallurgical coal project in the Bowen Basin.

Peak mining activities at Lake Lindsay mine should be reached this year, when the mine is expected to produce up to 6 million metric tons per year (mtpy) of medium- to high-volatile met coal. To efficiently move this coal into haul trucks and off the site, two RH340 hydraulic excavators were chosen for their ability to load a 240-ton truck in only four passes and for their high availability.

The first RH340 was put into production at the mine in February 2007 and the second in October the same year. Since then, one of the machines at Lake Lindsay set a production record of 59,420 bank cubic meters (bcm) in a 22-hour period, according to Terex Mining. The industry average for a 22-hour shift is 45,000 bcm, so the RH340 proved its productivity and profitability with extremely fast working cycles.

The two RH340 hydraulic mining excavators have averaged over 95% availability for 8,000 hours each, according to Terex Mining. The machine’s layout, which offers exceptional accessibility, helps keep effort for service and maintenance at a minimum. Its spacious and clearly arranged superstructure is built in a modular design for quick access to all service points and easy inspection of components.

The Lake Lindsay mine has an expected life of 30 years and Terex Mining believes the excavators will likely set more production records, further enhancing the owners’ return on their equipment investment. www.terex.com 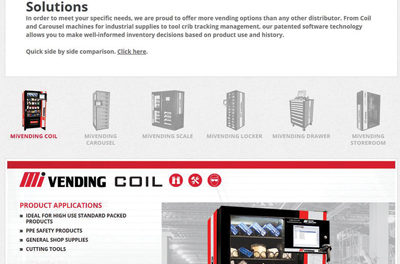 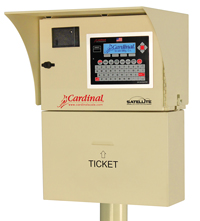