The Joy 4FCT is a single-operator, continuous haulage system that conveys product from the face to the panel belt, while simultaneously tramming and following the continuous miner through multiple drive sequences. From this continuous mining method, operations are enhancing zero harm initiatives while realizing a considerable increase in tonnage output when compared to their previous use of typical batch haulage methods.

The 4FCT improves safety by combining all haulage into a single system operating at a low tram speed and following a fixed path of travel, while requiring only one operator using remote control. This reduction in the total number of mobile machines in the section reduces visibility concerns as well as dust generation from multiple travelways. Due to a chain traction system distributed along the entire length of the machine, the 4FCT offers greater traction and a lower ground bearing pressure over that of conventional haulage machinery, according to Joy. Also, the 4FCT’s integral continuous mining power cable management reduces trailing cable damage.

The system delivers improved productivity through its ability to more than double tonnage output per miner when compared to batch haulage applications—it eliminates the bottlenecks and car wait times typically associated with batch haulage has a number of design innovations. The 4FCT incorporates an integrated inby lumpbreaker that eliminates the need for a separate feeder-breaker in the section. The system also offers belt advance automation as well as automated retreat mining capabilities, made possible by the inclusion of a Dynamic Move-Up Unit (DMU). Acting as an interface between the 4FCT and the mine’s panel belt, the DMU and Joy 4FCT are available in two configurations—a side discharge for low seam heights and wide entries, or an over-the-top unit (OTT) suited to higher seams and restricted widths. The OTT system is a self-advancing unit with remote controlled panel belt move-ups, and can also be designed for retreat mining. The side discharge design must be advanced using the continuous miner to pull up.

A room-and-pillar installation in the Illinois Basin operates in a seam height of 8 ft and has reported a best month of 200,914 tons. Its best day, consisting of two nine-hour production shifts, is recorded at a 1,355 ft of advance totaling 11,300 tons. Also significant is that the continuous miner in front of the Joy 4FCT was a Joy 12CM27 that had already recorded 3.5 million tons.
www.joy.com

Haulers Move Dirt for Indonesian Mine 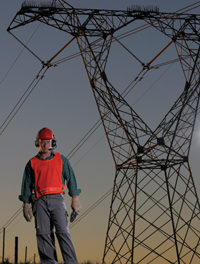