Chrysler Group recently announced that it will now produce a new version of its heavy-duty Jeep J8 specifically suited also for underground mining. The J8 is equipped with an MSHA-approved 2.8-liter turbo diesel manufactured by VM Motori, a subsidiary of FIAT Chrysler Automobiles. The VM A428 turbo diesel produces 197 hp and requires a ventilation rate of 10,500 cfm. The J8 comes standard with a Chrysler’s WA5805-speed automatic transmission, enhanced air filtration system and 4WD with rear limited slip differential.

The vehicle has a payload capacity of 2,566 lb and a trailer towing capacity of up to 7,716 lb with a unique HD suspension that includes a Dana 44 front and Dana 60 rear axle. The J8 is only available in North America to underground mining operations. World-class parts availability and extensive technical support combined with the quality and reliability of a Jeep, makes the J8 economical to operate and easy to maintain in rugged underground conditions. Along with the Dodge Ram for mining, this newest version of the Jeep continues Chrysler’s long history of supporting mining in North America and Europe. 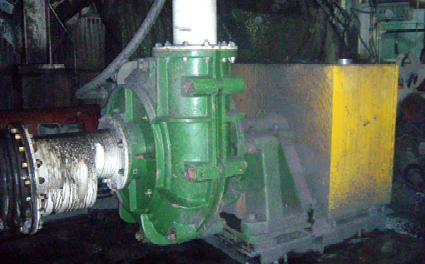