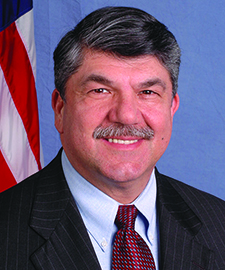 Former labor leader, Richard Trumka, who rose from a rank-and-file miner to president of the United Mine Workers of America (UMWA) before moving on to lead the AFL-CIO, died on August 5 at 72. Born the son of a coal miner from Nemacolin, Pennsylvania, Trumka went to work in the mines in 1968. He earned a law degree while working in the mines. From 1974 to 1979, Trumka was a staff attorney with the UMWA at their headquarters in Washington, D.C. He was elected to the board of directors of UMWA District 4 in 1981 and became president of the UMWA in 1982. While president of the UMWA, Trumka led a nine-month strike against Pittston Coal in 1989, advocating for nonviolent civil disobedience to confront the company. Trumka also led a nationwide strike against Peabody Coal Co. in 1993 before transitioning to the AFL-CIO. He served as the secretary-treasurer of the AFL-CIO from 1995 to 2009 and was elected president of the AFL-CIO in 2009.