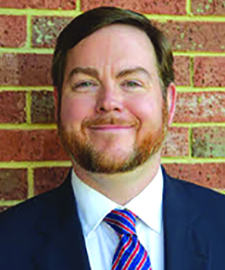 The U.S. Senate confirmed Christopher J. Williamson as the assistant secretary of labor for the Mine Safety and Health Administration (MSHA). He was backed by the United Mine Workers of America. He most recently served as senior counsel to Lauren McFerran, who chairs the National Labor Relations Board. He previously served in a political position at MSHA under the former President Barack Obama administration and as a policy advisor to Sen. Joe Manchin (D-WV).