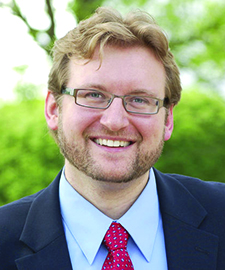 U.S. Department of Energy (DOE) announced that Brian J. Anderson will be the new director of DOE’s National Energy Technology Laboratory (NETL). Anderson comes to NETL from West Virginia University (WVU) where he served as director of the WVU Energy Institute. With Anderson’s arrival, NETL’s Acting Director Sean Plasynski, will transition into his new role as the lab’s deputy director and chief operating officer. Anderson began his career at WVU in 2006 as an assistant professor in the department of chemical and biomedical engineering. In 2014, Anderson founded and built the WVU Energy Institute. Dr. Anderson is the Verl O. Purdy chair of engineering at West Virginia University. He was awarded the 2012 Presidential Early Career Awards for Scientists and Engineers, the highest honor bestowed by the U.S. government on science and engineering professionals in the early stages of their independent research careers and a 2014 Kavli National Academy of Science Frontiers of Science Fellow. He has been a NETL-RUA Faculty Fellow at the National Energy Technology Laboratory where he served as the coordinator of the International Methane Hydrate Reservoir Simulator Code Comparison study.