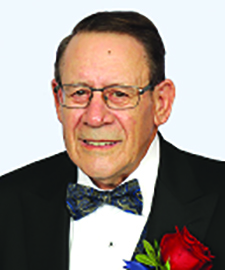 The Society for Mining, Metallurgy & Exploration (SME) announced that Frank Calandra Jr. has received the prestigious Erskine Ramsay Medal. The Erskine Ramsay Medal recognizes distinguished achievement in coal mining. Calandra is recognized for distinguished achievement in coal mining and as an icon in coal mine safety, advancing ground control technology and saving countless lives. Calandra first became involved in the manufacturing of roof control products in the early 1970s. He started manufacturing resin that was used with bolts and other installation products. Presently, he is chairman of all JENNMAR US and JENNMAR subsidiaries, J-LOK, JM Steel and is on the board of directors of JENNMAR Australia, JENNMAR China and the Calandra Group. As the company expanded in the early 1980s, Calandra focused on hiring sales personnel that held mining degrees along with chemical and civil degrees so the company could best satisfy the customer. Over the course of several years, Calandra’s 20 patents changed the mining industry significantly by providing the mining cycle additional protection toward the advancement of the face. With his background in metallurgy, he was able to add strength to increase the roof bolt’s capability. He led the company to introduce faster setting resins. Calandra’s company has more than 3,000 employees, plus 20 plants worldwide. The engineering and research personnel have 80 patents issued including specialty bolts, cable bolts and trusses as well as pumpable resin known as J-LOK P.