Ramaco Resources, Inc., which recently announced plans to nearly triple its annual production of metallurgical coal from 2021 levels over the coming years and is also surveying its potential to mine its rare earth element reserves in Wyoming, appointed four senior executives into newly created positions at the company. Paul Horn will serve as Senior Vice President and Ramaco’s chief mine development officer, Scott Kreutzer will join as senior vice president and chief administrative officer, Tim Chatting will serve as director of financial reporting, and Katie Monroe will serve as director of land administration.  Horn brings with him almost 30 years of experience as one of the most senior mining executives in the Central Appalachian market. He served for more than 20 years for the privately held Booth Energy Group with 10 years as the president and COO. In those roles he oversaw numerous large-scale underground and surface mining complexes in both Kentucky and West Virginia. Horn’s role at Ramaco will be to spearhead and oversee the development and expansion of all the company’s existing and new mining complexes. Kreutzer comes to Ramaco with more than 25 years of experience in operational, strategic, legal and land administration matters. He had served as an executive vice president and both COO as well as chief strategy officer for Contura Energy. In his role as chief administrative officer, he will provide senior oversight on Ramaco’s administrative and related legal functions, as well as coordination between operations and marketing on strategy. He will also oversee development efforts and work with the new director of land administration. Chatting comes to Ramaco from Lexmark International in Lexington where he held high-level financial accounting and SEC reporting roles for more than 25 years. He will oversee SEC-related accounting matters at Ramaco.  Monroe comes to Ramaco from the land and tax practice groups at Jackson Kelly in Charleston, West Virginia. 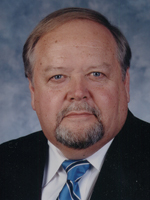