Arch Coal announced that James E. Florczak, treasurer, will retire at the end of January after a 16-year career with Arch Coal. He will be succeeded by Matthew C. Giljum, who will become vice president, finance and treasurer. Florczak has served as Arch’s treasurer since joining the company in 1998. Giljum first joined Arch in 2002 as manager of financial reporting.

J. Brett Harvey, chairman of the board of directors of CONSOL Energy, will resign as an employee on January 31. He will continue as chairman of the board. Brett Holbrook, CONSOL Energy vice president of Central Appalachia operations, has been appointed to serve on the Virginia Coal Mine Safety Board. He joined CONSOL Energy in 1982 as an assistant mine engineer and was general superintendent at the Buchanan mine from April 2010 until his promotion to vice president in June 2014. He currently serves as a member of the Virginia Coal and Energy Alliance Board of Directors and is also a member of the Virginia Mining Institute.

David Chirdon has accepted a new position with the NIOSH National Personal Protective Technology Laboratory. He previously served as the new technology program manager for MSHA’s Approval and Certification Center.
Dr. Uli Paschedag is no longer with Cat Underground.

BKT Tires announced the hiring of Siri Speegle as off-the-road marketing manager in support of the company’s growth strategy. Most recently, she was OTR product marketing manager for a major tire manufacturer.

Richard Adsero was hired as the director of mining technology at Current Power Solutions Inc.

Marion H. Van Fosson is the new president of Brookville Equipment. He succeeds CEO, Chairman and interim President Dalph S. McNeil, who held the post for the past two months following the retirement of Larry Conrad.

Railinc Corp. announced that Jerry Traynham was promoted to CIO. Traynham joined Railinc in 2005 as a project manager. 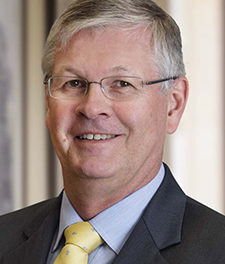