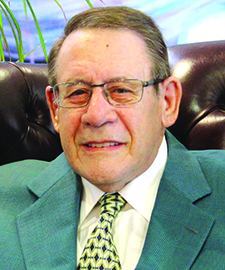 Frank Calandra Jr. has devoted more than 50 years to the mining industry. He is an icon in ground control technology for the mining, tunneling, and civil construction industries. He grew Frank Calandra Inc. (FCI) and Jennmar from a single plant in Pennsylvania to a world-class enterprise with 25 plants employing thousands globally. As evidenced by Calandra’s 20-plus patents on ground control devices (not to mention the additional 80 patents his companies hold), his innovation and commitment to safety have made underground mining safer and more efficient. In the late 1970s and early 1980s, Calandra was instrumental in upgrading American Society for Testing and Materials (ASTM) standards in roof control for both state and federal regulations. Through his work with industry associations such as the National Mining Association, National Coal Council, and Center for Energy and Economic Development, among others, Calandra has contributed his time, expertise, and financial support to ensure a balanced political and regulatory climate for mining. Calandra is also an inductee of the West Virginia Coal Hall of Fame. 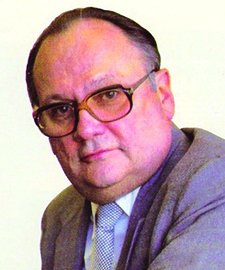 Robert H. Freeman’s pioneering endeavors started a revolution in U.S. underground coal mining and changed the nature of underground coal mining forever. Freeman had the foresight to see how the longwall system, developed for European mining conditions, could be adapted to U.S. applications. He recognized that modifications in the design and operation of longwall faces could result in significant increases in production, productivity, and safety in the U.S. In the 1950s, as chief engineer for Eastern Associated Coal Corp., Freeman imported mechanized longwall systems into the metallurgical coal seams in southern West Virginia. His resolve to adopt longwall mining in the U.S. resulted in significant changes in coal extraction, leading to the very highly efficient and safe systems found operating the world over today.

Mary Harris “Mother” Jones was a labor activist, know for her battle cry, “Pray for the dead and fight like hell for the living.” Her powerful speeches and knack for theatrics encouraged many to form unions and strike for fair wages and safe working conditions. Known as the “Miner’s Angel” for her advocacy on their behalf, Mother Jones’s activism set the stage for the labor and safety laws people benefit from today. A champion of the working class, she organized numerous miners’ strikes against low pay, 12-hour days, seven-day work weeks, extreme mortality rates, and child labor, and railed against the servitude of company stores and company housing.