National Mining Hall of Fame and Museum class of 2022 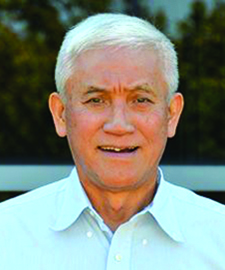 The National Mining Hall of Fame and Museum (NMHFM) announced the class of 2022 National Mining Hall of Fame inductees. This year’s inductees, selected by the National Mining Hall of Fame’s Board of Governors, are being honored for trailblazing a commitment to sustainability concepts, leading the mineral royalty business, building academic mining programs, innovations in coal mine ground control and longwall mining, and advocating for a strong domestic mining industry to supply the nation’s needs for critical minerals. Syd S. Peng is among the world’s most renowned experts in ground control and longwall mining. He has educated thousands and authored numerous textbooks and technical papers. Peng and his team have introduced numerous new ground control technologies, many of which have become standards of the industry. Born in Taiwan, Peng earned a mining engineering diploma from the National Taipei University of Technology before earning a master’s at the South Dakota School of Mines and Technology and a doctorate at Stanford University. He joined the U.S. Bureau of Mines, Twin Cities Research Center in 1970. Upon moving to West Virginia University (WVU) in 1974, Peng began his research on longwall equipment. He chaired the Mining Engineering Department from 1978 to 2006. Peng recognized that coal operators did not always know what ground control technologies were available, so he organized the International Conference on Ground Control in Mining in 1981 for industry stakeholders to exchange information through the Society for Mining, Metallurgy and Exploration (SME). In 1985, he established the Longwall Mining and Ground Control Research Center at WVU. Surface subsidence prompted Peng and Y. Yuo to develop the Comprehensive and Integrated Subsidence Prediction Model in 1989, which is still in use today. In 1998, the state of West Virginia appointed him director of the Coal and Energy Research Bureau. He was inducted into the National Academy of Engineering in 2007. Peng retired from WVU in 2013. He and his wife, Felicia, have endowed various awards, professorships and scholarships.