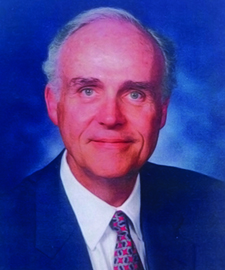 Michael Kieran Reilly, 88, of Burr Ridge, Illinois, and Hobe Sound, Florida, passed away November 28, 2021, in his home from Lewy Body Disease. He was born January 4, 1933, in Chicago, Illinois. He earned a master’s degree in business from Northwestern University. In 1963, Reilly joined Zeigler, where his uncle, Stuart Colnon, had become president. After his uncle retired in 1975, Reilly became assistant to the new president. While working, he studied business at Northwestern University and earned a master’s degree in management at age 46. His boss at Zeigler and other colleagues clashed with the parent company, HNG, and left in 1980. HNG, later known as Enron Corp., was trying to sell the coal company. Reilly sought an urgent meeting with HNG Chief Executive Kenneth Lay in 1984. While Lay’s plane refueled at Chicago’s Midway Airport, Reilly asked that Zeigler executives be allowed to buy the company. Reilly argued that HNG could only gain by letting him try to put together an offer for Zeigler: The presence of another potential bidder might push up the price. Lay agreed to help pay the management bidding group’s legal fees. Reilly threw in nearly his entire net worth, around $300,000, as equity and raised enough debt and equity elsewhere to acquire Zeigler for $55 million in 1985. His management group completed the purchase and paid off a nine-year bank loan in three years. Reilly gave up the CEO position at the end of 1994, but remained chairman until the company was sold to AEI Resources in 1998 for $855 million. He saved money by moving Zeigler headquarters from Chicago to Fairview Heights, near the mines. He tried to visit the mines at least once a week to stay in touch with workers and encourage them to help find ways to reduce costs. Zeigler expanded by buying coal mines and other assets from British Petroleum Co. and Shell Oil Co. By 1996, Zeigler was the fifth-largest U.S. coal producer. Reilly was also a past chairman of the Bituminous Coal Operators Association (BCOA), past chairman of the Illinois Coal Association, a past director and past chairman of the National Coal Association, a past director of the National Mining Association.