Alpha Natural Resources recently announced that Paul Vining will add the position of president to his current role as chief commercial officer. Kurt Kost, Alpha’s current president, is leaving the company following 31 years of service. He will remain with Alpha until the end of May 2012, serving in an advisory capacity. Vining will continue to have responsibility for sales and marketing, and will add responsibility for Alpha’s mining operations, assuming all of Kost’s duties.

Xylem has appointed Grant Salstrom managing director, Godwin. He will be responsible for the growth and development of the Godwin and Flygt brands within the dewatering market in the United States.

Richard Tagge, former general manager of Mine Radio Systems Africa, has returned to the United States to take over the role of MRS U.S. sales manager. 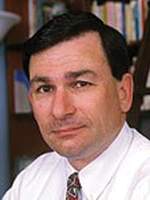