Gerald (Jerry) H. Luttrell, the E. Morgan Massey professor of Mining and Minerals Engineering at Virginia Tech, has been elected to the National Academy of Engineering. Luttrell’s nomination was based on his advancement of separation technologies for the mineral and coal industries, pioneering new fields of technology in the environmentally clean processing of mined materials. He holds 18 patents, many of which are in commercial use. His patents address three important industrial problems in mining: fine particle flotation, coarse particle flotation and fine particle dewatering. Most recently, Luttrell has developed a computer program that can be used to optimize the design of minerals and coal processing plants. 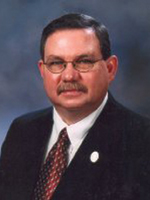