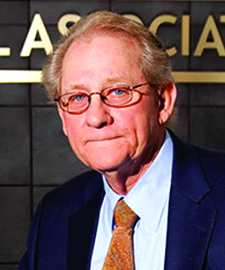 Founder and CEO of Longwall Associates Inc. Tony Campbell died at his home in Virginia on March 5, 2021, at the age of 80. He began his career in the coal industry working for American Longwall as a quality control manager in the 1980s. While at American Longwall, he started his own fabricating facility in 1989, C&A Fabricating Inc. in a small garage. With the success of his fabricating company, he gained interest in expanding the product line. The first was C&A Cutter Head Inc., which supplies shearer cutting drums for many of the mines in the USA. In 1996, he formed Longwall Associates Inc. In 1999, Longwall Associates Inc. supplied their first international customer in Australia. He formed Longwall Associates Australia in 2000 and built a manufacturing facility in Queensland. Although Longwall Associates Australia moved all their operations back to the U.S. headquarters, the company still supplies OEM equipment to the longwall industry in Australia. After success in the longwall market, he gained interest in the highwall mining sector, founding American Highwall Systems Inc., which is the only remaining U.S. manufacturer of highwall mining systems, and American Highwall Mining LLC, a mining operation focused on producing blue gem coal. In recent years, he stepped away from the helm of Longwall Associates Inc., leaving his children to operate the company, although never officially retiring. He focused on his highwall businesses and remained committed to their success to the very end of his life.