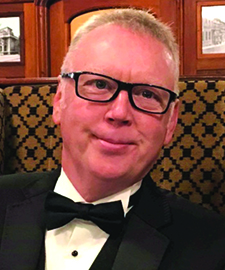 Komatsu announced the passing of our colleague, friend and mentor, Tony Berry, who died on June 15, 2022, following a valiant fight with cancer. Berry began his mining career completing an apprenticeship with British Coal and then joined Joy Mining in 1990 as a draftsman. During his career with the company, he built a wealth of experience and knowledge while advancing within the organization, initially as a design engineer and enjoying a series of promotions as global project manager for longwall installations and chief engineer for AFCs before taking on his final role as global product director for AFCs and longwall integration in 2015. During his years with the company, Berry enjoyed the trust, respect and friendship of customers and colleagues throughout the globe. He will be sorely missed by those he touched through his professionalism at work and sincere warmth as a friend. Our heartfelt condolences go to his wife, Louise, family members, friends, customers, and colleagues. The global mining family will be diminished by his passing.