Marston recently announced that Dale Halley has been promoted to vice president of engineering services for the firm’s Denver office and Carl Fessenden was appointed consulting engineer.

E. Minor Pace, of Mount Vernon, Ill., who earned his bachelor’s degree in mining engineering from Virginia Tech in 1943, is a 2010 inductee into Virginia Tech’s College of Engineering Academy of Engineering Excellence. The Academy of Engineering Excellence was founded in 1999 by F. William Stephenson, past dean of the college of engineering, and the College’s Advisory Board. This year marked the 11th anniversary of the first induction. While working for Inland Steel Coal Co., Pace served as vice chairman of the Kentucky Coal Institute, chair of the Illinois Coal institute, chair of the Coal Division of the Society of Mining Engineers, and as a member of the board of directors of the Society of Mining Engineers (SME). He received two national awards: SME’s Percy Nicholls Award, and the American Institute of Mining Engineers’ Erskine Ramsay Award, for his contributions to the industry. He also received the Distinguished Engineering Award. Among his numerous impacts, he worked with Inland’s research department to break coal into uses for steam and metallurgical needs.  He also helped bring about a process for furnishing coal that was low in sulfur content to power companies. In 1986, Pace received the Distinguished Alumnus Award from the Virginia Tech Mine Department. He is also a member of the University’s Caldwell Society. 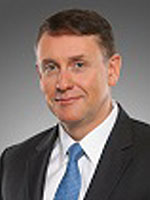