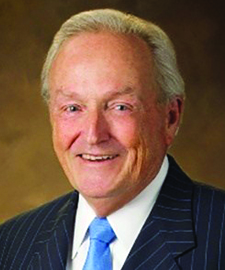 Fred Palmer has joined the Energy & Environment Legal Institute (E&E) as a senior legal fellow. Most recently, he was senior vice president of government relations for Peabody Energy. Prior to joining Peabody in 2001, Palmer served for five years as General Counsel and 15 years as CEO of Western Fuels Association. Palmer said he was proud to support E&E’s mission to advance U.S. energy dominance through fossil fuels while advancing environmental values resulting in an improved human and natural environment. “The years under President Obama saw a wholesale attack on any use of fossil fuels, starting with coal, and Obama’s signature, toxic legacy, still in place will be our first order of business in my new role,” Palmer said. He also noted that the 2009 EPA CO2 Endangerment Finding must be repealed for social development through fossil fuels to fully flourish at home and abroad.