Corsa Coal Corp. announced that Peter V. Merritts, as part of succession planning process, has elected to step down as CEO and as a member of the board of directors and be appointed COO. The company appointed Robert “Bob” J. Schneid as president and CEO and a director. Schneid has more than 34 years of experience working in the coal and electric utility industries in various roles for companies such as Prospect Mining & Development Co., Walter Energy, Patriot Coal, Oxbow Carbon, CONSOL Energy and Costain Coal. 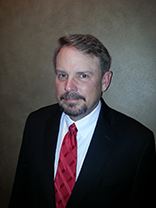