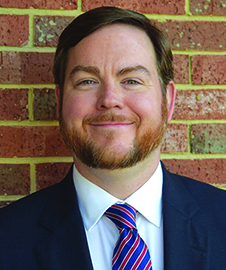 Christopher J. Williamson was nominated for the position of assistant secretary for mine safety and health at the Department of Labor. He currently serves as senior counsel to Chairman Lauren McFerran of the National Labor Relations Board (NLRB). Prior to joining the NLRB, he served in the Obama-Biden administration at the Department of Labor as a member of the senior leadership team at the Mine Safety and Health Administration (MSHA). Before his service at MSHA, Williamson worked in the U.S. Senate as labor counsel to Chairman Tom Harkin on the Health, Education, Labor, and Pensions Committee and as a legislative assistant to Sen. Joe Manchin. Williamson began his career in public service as an attorney-advisor to Administrative Law Judge Jacqueline R. Bulluck at the Federal Mine Safety and Health Review Commission. He earned a juris doctor from the West Virginia University (WVU) College of Law, a master’s of public policy from American University, and a bachelor of arts in political science and economics from WVU.