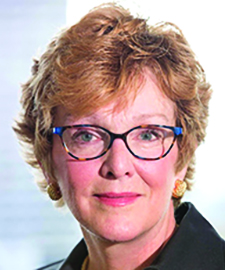 Arch Coal Inc. announced that Holly Keller Koeppel, a former senior executive in both the utility and financial services industries, and Robert Brewster Hamill, a retired managing director at Jefferies and Co., have been elected to its board of directors. Most recently, Keller Koeppel served as managing partner and head of Gateway Infrastructure Investments LP and as partner and global co-head of Citi Infrastructure Investors at Citigroup Inc. Koeppel currently serves on the boards of AES Corp., B.A.T. Industries PLC, and Vesuvius PLC. Brewster Hamill recently retired from Jefferies and Co., where he had served as managing director of high-yield bond and leveraged loan sales since 2008. Scott Vogel, who has been an Arch director since October 2016, will not stand for re-election at the annual meeting in May.