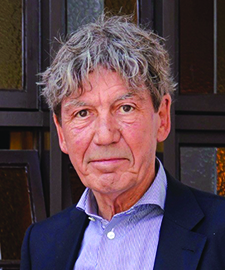 allmineral employees mourn the loss of Dr.-Ing. Heribert Breuer. The long-time managing director died at the end of February at the age of 69 after a serious illness. Marco Steinberg, current managing director of allmineral, paid tribute to Heribert Breuer’s achievements. “Heribert Breuer leaves traces in the processing technology industry, which he has shaped as a passionate engineer and businessman for decades. He managed our company in an exemplary manner. Heribert Breuer always had an open ear as a manager and colleague for his employees. We say goodbye in deep sadness. Our deepest sympathy goes to his entire family, with whom we are connected in our thoughts during these difficult hours. We will miss Heribert Breuer very much and we will honor his memory and life’s work — the allmineral. His death is a great loss.” Dr.-Ing. Heribert Breuer co-founded allmineral Aufbereitungstechnik GmbH & Co. in March 1988 and was managing director of the company until 2016. The plant manufacturer from Düsseldorf has established itself worldwide as a specialist in the processing of ore, coal, gravel and sand as well as other primary and secondary raw materials. Breuer was a consultant to the company until his death.