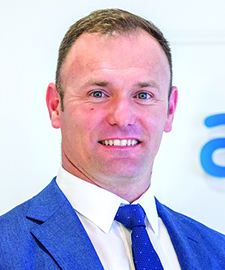 David Boshoff has been appointed Australian CEO for Adani Enterprises, which recently broke ground on the Carmichael mine in Queensland. Based in Townsville, Boshoff was previously Carmichael’s project director. He also spent five years at BHP Group’s Mount Arthur and Daunia coal mines, joining Adani last November. Adani Enterprises former Australian CEO will stay on as a board director.