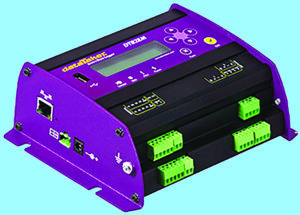 A DT82EM (above) collects data from a variety of sensors to determine water quality.

CAS DataLoggers recently provided a water quality data logger system for an open-cut coal mine to monitor the salinity of runoff water in local retention ponds. The water from these retention ponds could only be released when it was of sufficient quality so as to have no effect on the irrigation supplies for the surrounding farming district. Therefore, it was necessary to closely monitor water quality in the lagoons for several key parameters including pH, salinity and turbidity.

Mine management searched for a data logging system with the ability to connect to a wide range of sensors that was also capable of remote communications to allow convenient access to both recorded and real-time data. The data logger also had to offer low power operation so it could operate off a solar panel since grid power was unavailable.

Ultimately, the mine operator chose a dataTaker DT82EM Environmental Data Logger to record the data from several sensors used to monitor the quality of the coal mine water discharge. The data logger was mounted in a weatherproof enclosure suitable for outdoor exposure at the monitoring site. The DT82EM was connected to a variety of sensors to allow measurement of conductivity (salinity), turbidity, pH and water levels as well as thermocouples for measurement of the water and air temperature. A key feature of the logger was the ability to accept the output from many different types of sensors, including analog signals such as voltage, 4-20 mA current, and digital signals such as Modbus RTU and SDI-12, the last being very common in water quality instruments.

For example, the turbidity meter used to monitor the cleanliness of the water was a Global Water WQ-730, which output a 4-20 mA current signal proportional to the turbidity. This current was passed through a simple shunt resistor to generate a voltage that was then measured and automatically scaled by the DT82EM. To minimize power consumption, the switchable excitation feature of the logger was used to only supply power to the sensor while the measurement was being made. The pH and conductivity were measured using an Ott Hydrolab DS5 multiparameter data sonde outfitted with the appropriate sensors and connected to the data logger via the SDI-12 serial interface. To power the data logger and sensors, a small 20-watt solar panel, charge controller, and 20 amp-hr battery providing 12 VDC was connected to the logger to provide uninterrupted operation without external AC power.

For ongoing operations, data was uploaded via FTP twice a day using the internal cellular modem to a server in the mine’s office. This was done to minimize power consumption by only powering the modem during the data upload. The downloaded data was then saved to a local database, allowing for data backup and long-term environmental monitoring. To observe changes in water quality in real-time during water management operations (such as mixing water from different sources or for mine water discharge monitoring), the logger was switched to a mode that continuously powered the modem.

Then, a connection was made using the remote connection capability of the dataTaker’s dEX software to the public IP address of the logger, which allowed near real-time update of the water quality parameters. This connection also enabled users to remotely adjust calibration parameters in the data logger in the event of a sensor replacement or to make program modification required by authorities.

The mine’s water discharge monitoring operation benefitted significantly following installation of the dataTaker DT82EM data logger, primarily by enabling measurement of all the different types of water quality parameters. In addition, all of the data was made available through a single device. Personnel were also able to keep a constant watch on the data using the data logger’s remote access capabilities and rely on the logger to send the data to their company database for storage. The dataTaker’s included dEX software made configuration simple and was easy to navigate for both novice and experienced users. 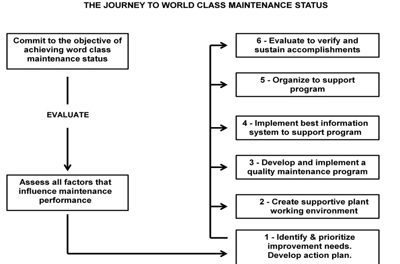