For many years, limestone-based rock dust has been the product of choice for North American coal mine explosion abatement. Typically, limestone products are readily available throughout North America and when processed to meet government specifications, adequately prevent the propagation of a coal dust explosion.

The old adage, “if it ain’t broke, don’t fix it,” comes to mind when one thinks about business practices, especially in the ever-changing and increasingly more expensive coal mining industry. But, what if it’s really broken and there is no fix? Even more importantly, what if the issue puts lives at risk?

After the Upper Big Branch explosion in West Virginia, the U.S. Mine Safety and Health Administration (MSHA) asked the National Institute for Occupational Safety and Health (NIOSH) to conduct an investigation into rock dust. The investigation revealed two significant concerns with the rock dust currently used in the U.S.; insufficient particles less than 200 mesh (75 microns) and the tendency to form a cake when wetted and dried that will not disperse.

Needing a non-caking rock dust for the U.S. coal mining industry, NIOSH offered a grant to explore the development of a new solution. Imerys, one of the world’s largest mineral producers with years of global mineral expertise and a focus on innovation, won the grant bid to work alongside NIOSH to develop a new moisture-tolerant product to address the issue of caking rock dust.

After many meetings, extensive research, and lab testing, Imerys, with NIOSH assistance, developed a new modified rock dust that was produced in larger quantities for additional testing. The samples were tested for inerting effectiveness with a 20-L explosibility chamber. This was done by carefully mixing the new rock dust with pulverized Pittsburgh No. 8 seam coal (77% less than 200 mesh) before being placed in the 20-L chamber for testing. The ratios of rock dust to coal varied and the results were compared to results of conventional rock dusts that are currently being used in coal mines (Table 1). The new modified rock dust performed as well as the current rock dusts in their ability to inert explosions. It was found that Imerys’ new product showed greatly improved dispersibility over the current rock dusts being used in North American coal mines when subjected to wet and damp conditions. The new modified rock dust met or exceeded all the current government requirements (see Table 2), meaning that the new rock dust solution could begin to be used in North American mines without delay.

The durability of Imerys’ new rock dust was also evaluated alongside conventional rock dust. Both dusts were applied using the standard spray application methods and results showed that the conventional rock dust absorbed moisture from the mine wall and was not dispersible within a fairly short time period. The new Imerys rock dust proved to be more moisture tolerant and has remained dispersible for more than six months.

The new moisture-tolerant product looks, feels and can be applied just like other conventional North American rock dusts. In fact, it is greater than 99% of the same makeup as the original Imerys rock dust; therefore the product can easily be integrated into current dry dusting methods. In examination of the new product, it was noted that due to the moisture tolerance, it could potentially flow smoother and further down trickle dusting systems in addition to not clogging sprayers. This could potentially mean less maintenance issues.

Unlike commonly used limestone, marble-based rock dusts have some additional features that make the new moisture-tolerant dust more appealing. Mined from the world’s largest open-pit marble quarries, Imerys’ marble-based material has high brightness and whiteness, providing great contrast against coal dust. With the new hydrophobic product, this visual contrast should be higher since the product doesn’t cake and turn into gray mush. This means that when you inspect your walls, you can clearly see where the moisture-tolerant product still exists and where the coal dust has settled on top.

Imerys also expects the new moisture-tolerant rock dust to help mine operators save on their overall cost of ownership. With its long-lasting properties, the cost of reapplication is expected to be reduced, therefore reducing the amount of material and labor for this ongoing process. The initial cost-savings evaluation focuses on the non-active sections of the mines where a long-lasting material could reduce the reapplication maintenance to once daily, weekly, or even less depending on the amount of float coal dust present in the area. The idea is that with the improved moisture tolerance, the main focus of compliance will be on the coal dust parameters, not on the rock dust functionality itself, allowing operators to only reapply when the other parameters are out of compliance.

In the U.S., there are also some major compliance concerns about new regulations regarding respirable dust. In this light, added value with Imerys’ marble-based rock dusts is that they contain less respirable dust than most limestone-based products. Even with a slight increase in the fine particle sizes for the new moisture-tolerant product, Imerys’ rock dust products still provide an improved option in comparison to many of the limestone-based products currently on the market.

Additionally, with the concerns about current rock dusts expressed by NIOSH and MSHA in mind, this new moisture-tolerant product was developed to meet or exceed the health and safety expectations of current rock dust products available within the U.S.

Imerys also believes that the new moisture-tolerant dust with its enhanced performance can contribute to improved mine safety in the worldwide mining industry.

With the new moisture product heading for production and availability in late 2015, live mine trials are being undertaken to further explore the cost-savings impact of the product on coal mines and the industry overall. Imerys and others who have seen the material in action believe the product to be the beginning of a new era in rock dust functionality. Even with the respirable dust challenges facing the U.S. coal mining industry today, the improved functionality provides a new level of safety for miners that might inspire a change in the way American coal miners look at rock dust usage.

This article was written and submitted by Imerys. The research was supported by the National Institute for Occupational Safety and Health (NIOSH) under contract No. 200-2012-52496. The author acknowledges the contributions of NIOSH researchers from the Fires and Explosion Branch in providing information on the testing and mine conditions throughout the course of this contract. 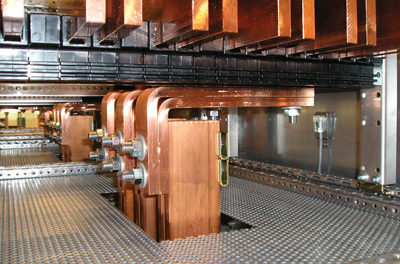