With all the advances in emission controls, diesel particulate filters (DPFs) can be found almost anywhere a new diesel engine is operating today. The systems work well for trapping soot, but they can also be a nuisance if they are not properly maintained. A fouled DPF will not operate as efficiently as it should and it could eventually put backpressure on the engine, increasing fuel consumption. Similar to most maintenance practices, waiting to take action will only cost more money.

Original equipment manufacturers (OEMs) have been supplying Tier IV compliant engines to the mining market since 2014. The engines have after-treatment systems that employ DPFs, which are expected to operate 4,000 hours between maintenance intervals. For a haul truck or hydraulic excavator operating three shifts per day, 4,000 hours could be six to eight months. For other non-production equipment, such as dozers, front-end loaders and motor graders, it could be one to two years or more.

Some mine operators, however, are finding they need to manually clean these DPFs much sooner than the recommended 4,000 hours. Several practices or the lack thereof could be causing the reduced time between maintenance intervals. Most of these units include an active regeneration system that burns off the soot (carbon), but not the metallic residue. To initiate the active regeneration system, the operators must idle their equipment. If they are trying to meet a production target, they might be reluctant. The metallic residue comes from additives in the fuel and engine oil, so it’s important to select the proper products for the engine that has the least impact on the DPF.

“The DPF is designed to capture the soot so it doesn’t escape up the stack,” said Dan Holdmeyer, industrial and coolants brand manager, Chevron Delo. “The inside of the exhaust stack should be much cleaner these days and that’s a good thing.”

Those after-treatment systems required lubricant suppliers to remove other components in the engine oil to avoid damaging the oxidation catalyst and plugging the DPF, Holdmeyer said. “Today, we are looking closely at SAPHS, the sulfated ash, phosphorus and sulfur found in engine oils,” Holdmeyer said. “The sulfur often comes from the base oil and the antioxidants found in additives, which could poison an oxidation catalyst. The phosphorous is used for anti-wear and it can harm a catalyst, too.”

The sulphated ash component results from the metallic additives used in the oil to protect the engine. “To measure the weight of sulfated ash in engine oil, lab technicians burn a small amount of oil,” Holdmeyer said. “The ash is washed with sulfuric acid and the remaining metals are weighed.”

When lubricant suppliers transitioned from API CI to API CJ engine oils to help protect those after-treatment systems, the amount of sulf-
ated ash declined from 1.5% to 1%, Holdmeyer explained. “Today’s API CK4 also has 1% maximum sulfated ash content and some lubricant manufacturers have reduced the sulfated ash below 1%,” Holdmeyer said. 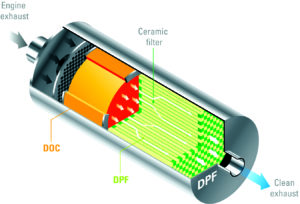 A fouled DPF creates back pressure on a diesel engine’s exhaust system.

Some equipment operators do not understand how to maintain the DPFs or why. Holdmeyer said some think of it as a Black Box on an airliner. They know it’s there, but they don’t understand what’s inside or how it works.

The DPF is designed to capture soot. The exhaust flows from the catalyst through a ceramic filter, which collects the soot in the DPF and can clog the system. The soot needs to be purged through either passive or active regeneration. Passive regeneration takes place while the equipment is running. Active regeneration, similar to a self-cleaning oven, raises the temperature by burning fuel in the chamber, which yields a light, powdery non-clogging ash.

Over time, DPF will not achieve the same hours between maintenance intervals  due to residue build-up. Eventually the system will need to be removed and cleaned thoroughly. The maintenance crews at some mines have been trained to do this, while other operations outsource it.

OEMs said the DPFs should last 4,000 hours, but some operators and maintenance managers are reporting 1,500 to 2,000 hours instead. Why?

One possibility could be the equipment operators. When they get the active regeneration warning, they have to pull to the side and dump fuel into the exhaust, ignite it and raise the exhaust temperature up to 1,000°F, so it can regenerate, Holdmeyer explained. That uses a lot fuel and the additives in the fuel increase the residue that clogs the DPF. Over time, a plugged DPF causes backpressure and more fuel consumption.

If an operator is under pressure to meet production goals, they might override that call for active regeneration. “If they neglect it for too long and the heat and pressure builds to the point where it cracks the DPF, they are now facing an $8,000 replacement cost rather than a $1,000 maintenance cost for properly cleaning the DPF,” Holdmeyer said. “Failing to understand the DPF can create a lot of headaches with spent fuel, replacement parts and lost productivity due to downtime — and that’s just the soot aspect.”

The metallic ash that fouls the DPF results from the additives in the unspent fuel coming off the engine and burnt oil going through the exhaust. “Those hydrocarbons and additives are now in the exhaust,” He said. The active regeneration burns off the oil and soot, but it can’t burn off that metallic additive. That builds up in the DPF and diminishes its capacity over time.

The OEM-recommended 4,000 hours is based on standard operating conditions. “Miners that are pushing machines longer and harder than
the OEMs expect are burning more fuel, which translates into more soot and metallic ash,” Holdmeyer said. “They are spending more money on DPFs and fuel.”

Chevron Delo has been studying this for a while and they are looking at ways to reduce the contamination of the DPF, Holdmeyer explained. “We’re exploring ways to minimize it from both an operations and maintenance standpoint,” Holdmeyer said. “We’re trying to help people understand how much life they should be getting from a DPF. We want to educate the market and help mitigate these issues.”

The company is currently working on new oil technology, which will help with fuel consumption and DPF life and Holdmeyer said miners can expect more results soon. 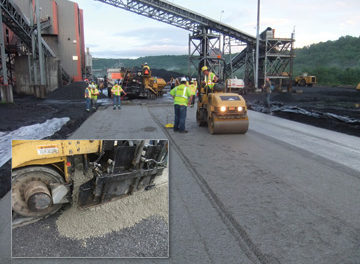 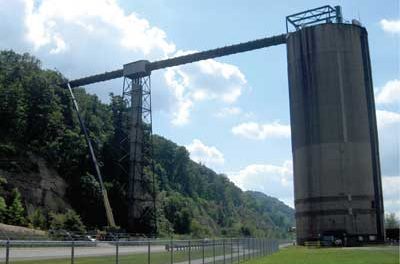