Yoon; Gerald Luttrell, the Massey Professor of Mining and Mineral Engineering; and their colleagues at the Center for Advanced Separation Technologies at Virginia Tech have developed a hyperbaric centrifuge that was patented by Virginia Tech Intellectual Properties and sublicensed to Decanter Machine. “The new technology compliments what Decanter already has,” said Yoon.

Encouraged by the results of a pilot-scale test conducted in 2009, Jim Walter Resources of Brookwood, Ala. (Walter Energy), tested a full-scale commercial unit successfully. “Everything has performed as promised by Decanter,” said Joel Franklin, preparation engineer, Jim Walter Resources.

In the pilot-scale test, coal slurries consisting of ultrafine coal were dewatered to less than 20% moisture. “The product coal feels like dry powder when you touch it because the water left with the coal is spread so thinly across its large surface area,” Luttrell said.

According to a National Research Council report, the U.S. coal industry discards annually 70 to 90 million tons of fine refuse to slurry impoundments.     “The dewatering technologies developed by [the Center for Advanced Separation Technologies] will help coal companies recover all of the mined coal. The technology can also be used to recover the coal in existing impoundments, which can help clean-up the environment and create jobs in the coal producing regions like Southwest Virginia,” said Rep. Rick Boucher (D-VA 9th District), who has supported funding for the Center for Advanced Separation Technologies and other energy projects.

The centrifuge technology is the most recent of the advanced technologies developed by the center. Microcel flotation column was the first major separation technology developed. It uses microbubbles to separate fine coal from mineral matter that becomes ash when burned at power plants and from other impurities, and is used widely in Australia.

As part of a project funded by National Energy Technology Laboratory (NETL), the center has developed two other advanced dewatering processes, novel dewatering aids, which Nalco markets, and a technology that may be more useful for recovering and dewatering the ultrafine coal from existing impoundments, according to Yoon. Virginia Tech has applied for a patent for this new technology.

In June 2010, Yoon testified before the subcommittee of the West Virginia Legislature’s Joint Standing Committee that was charged with addressing the issues concerning coal slurry im-poundments. Yoon suggested the Center for Advanced Separation Technologies research funded by NETL can offer technological solutions.

The paper, “Taking Advantage of the Centribaric Technology: Split Dewatering of Fine Coal,” was authored by Serhat Keles, a postdoctoral associate in mining and minerals engineering, Luttrell and Yoon, all of Virginia Tech, and the center; Schultz; and M. K. Eraydin of Nalco, Blacksburg, Va. The U.S. Department of Energy has supported the center’s research since 2002. 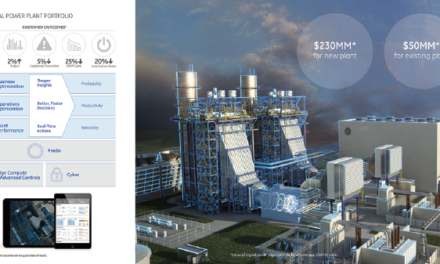