When the Mine Door Closes, Another Door Opens

Those “catastrophic facts” arise from the explosion at Performance Coal’s Upper Big Branch mine in West Virginia that killed 29 coal miners in April 2010. The quote comes from a federal appellate court that recently decreed that MSHA cannot abuse its power to issue mine closure orders, no matter how bad the accident that preceded it. Performance Coal v. Federal Mine Safety and Health Commission, 642 F.3d 234 (D.C. Cir. 2011).

The case began with the accident: Just after the fatal explosion, the Mine Safety and Health Administration (MSHA) issued an order seizing control of the Upper Big Branch mine “to insure the safety of any person in the…mine.” The order was issued pursuant to Section 103(k) of the Mine Act, a provision familiar to any operator who has experienced the misfortune of having a serious accident. But MSHA’s 103(k) orders at Upper Big Branch were anything but ordinary—the agency modified the order more than 60 times in six weeks to assist with rescue and recovery at the mine, and then to direct the accident investigation.

But this is where MSHA made bad facts worse. Rather than limit its Section 103(k) authority to oversee rescue, recovery and reopening of the mine—purposes expressly identified in Section 103(k) of the Mine Act—MSHA began using its authority to gain tactical advantage in a very complex investigation. According to the circuit court opinion, revised 103(k) orders prevented Performance Coal from “taking or retaining photographs, collecting and preserving mine dust samples, employing mine mapping technology, and participating in or objecting to any destructive testing of materials gathered underground.” That means MSHA was allowed to gather evidence and perform tests—including tests that Performance Coal would be unable to replicate later to defend itself—but the operator was not.

In litigation briefed and argued by my colleagues at Patton Boggs, Performance Coal sought relief from the Federal Mine Safety and Health Review Commission. The Mine Act includes a clause that allows an operator to request “temporary relief from any modification or termination of any order or from any order issued under section [104 of the Mine Act].” 32 U.S.C. § 815(b)(2). However, this provision of the Act had been invoked only to challenge withdrawal and unwarrantable failure orders under Section 104 of the Act. It had never been put to use to contest a Section 103(k) order. Even though the plain language of the statute says that an operator may use it to seek relief from modification or termination of “any order,” both Administrative Law Judge Margaret A. Miller and three members of the Review Commission sided with MSHA in deciding that the law was intended to apply only to orders under Section 104. These decisions would have given Performance Coal—and any other operator facing down the barrel of a 103(k) order—absolutely no recourse in the face of MSHA’s mine closure powers.

Performance Coal appealed to the U.S. Court of Appeals for the District of Columbia. Apparently realizing that its abusive investigative orders would create “bad facts” for the appeal, MSHA withdrew those parts of its 103(k) order that seemed most unjust. MSHA then argued to the appellate court that the issue was “moot.” The federal appellate court saw it differently. Because a 103(k) order could be issued again to Performance Coal—or any other mine operator—at any time, the controversy needed to be settled. More importantly, the court found the language in the Act was a “model of near-perfect clarity” that unquestionably gave mine operators the right to get relief from modifications of Section 103(k) orders.

Just how much the Performance Coal decision will impact the rights of mine operators subject to 103(k) closure orders will be determined in the coming months and years. In November, Pattinson Sand became the first operator to invoke Performance Coal to modify a 103(k) closure order. Up for consideration was whether MSHA’s 103(k) order should be evaluated under a stringent “arbitrary and capricious” standard or a more lenient measure, and whether the Review Commission has the authority to modify a 103(k) closure order, or simply vacate it. The court in Pattinson Sand Company, CENT 1012-137 (December 13, 2011) decided both of these questions against the operator, but an appeal is imminent.

All in all, the Performance Coal decision is good news for operators. The picture of what that relief will ultimately look like in practice is just being sketched out in decisions like Pattinson Sand Company. But operators should be aware of their ability to seek expedited relief from the modification of Section 103(k) Orders and invoke it as necessary. It’s always a good idea to involve counsel in a Section 103(k) Order situation. This new law makes it doubly important that counsel is consulted before deciding how to respond to a modification of a Section 103(k) Order that appears unreasonable.

Rock is an associate in the Denver office of Patton Boggs LLP. She can be reached at 303-894-6141 or at crock@pattonboggs.com. 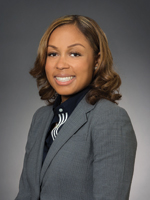 To Report or Not to Report, That is the Question