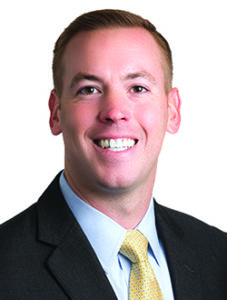 In April, the President Donald Trump administration took the second of a two-step act to unmuddy the waters with a new rule defining the scope and reach of “Waters of the United States” (WOTUS). This act reversed the former President Barack Obama administration’s course, one that justified the regulation of WOTUS areas beyond the banks and boundaries of cognizable water bodies. Challenges to the rule have already been filed, keeping the regulatory waters turbulent. If the new rule is not stayed, it should provide clarity about activities that require permitting for wastewater and stormwater discharges.

Generally, the Clean Water Act (CWA) governs discharges to “navigable water,” defined as “WOTUS,” and prohibits the discharge of pollutants to these waters without a permit. The Environmental Protection Agency (EPA) and the U.S. Army Corps of Engineers (Corps) issue such permits. Knowing whether a permit is required hinges on understanding which waterways fall under this definition, but agency rules, guidance, older case law, and a bevy of legal challenges to the Obama era rule created uncertainty, significant confusion and inconsistency from one state to another. The April 21, 2020, Navigable Waters Protection Rule redefines the definition, dispels the confusion, and sets a uniform standard for the entire country, making it easier to determine when a permit will be required.

The CWA was passed in 1972, with the first regulatory definition of WOTUS promulgated in the 1980s. The agencies’ interpretations have broadened over time, but the Supreme Court has pushed back periodically. The Obama administration’s Clean Water Rule redefined and expanded its scope. The rule was challenged and stayed, preventing the rule from going into effect in 22 states. The Trump administration proposed a two-step approach to replace the Clean Water Rule, and published Step 1 on October 22, 2019. Step 1 repealed the rule and restored the regulatory definition from the 1980s. Step 1 has been challenged, but not stayed, so it’s effective nationwide.

Perennial and intermittent tributaries that contribute surface flow to the above waters;

Certain lakes, ponds, and impoundments of the above waters; and

The rule also includes express exclusions — i.e., non-jurisdictional waters; ephemeral features flowing only in direct response to precipitation; prior converted cropland; certain ditches and artificial features; and waste treatment systems. The main differences between the new rule and the 1980s rule are the express definition of “adjacent wetlands,” the express exclusion of groundwater, the revised definition of waste treatment system, and clarity on the amount of flow required for a stream to be jurisdictional (excluding ephemeral streams). For a tributary to be jurisdictional, it must contribute sufficient flow to a traditional navigable water, measured over a “typical year” by flowing year-round or consistently during certain parts of the year, based on a 30-year rolling average.

Not to be outdone, the Supreme Court held on April 23 that a permit may be required for discharges to groundwater where they are the “functional equivalent” of a direct discharge to a navigable water from a point source. The court did not hold that groundwater is itself a WOTUS, not directly conflicting with the Navigable Waters Rule. However, the court’s opinion is at odds with the EPA’s 2019 “interpretive statement,” which excluded discharges to groundwater from the CWA’s permitting requirements. This court decision, issued two days after publication of the Navigable Waters Protection Rule, will likely prompt additional agency action to clarify which discharges via groundwater require a permit under the CWA.

The Navigable Waters Protection Rule is final, barring a stay. However, litigation will likely continue to muddy the waters. It is unclear if a step backward will follow the Step 1 rule, but agencies are moving in the right direction.

Daniel Fanning is an associate with Husch Blackwell. He can be reached at Daniel.Fanning@huschblackwell.com.