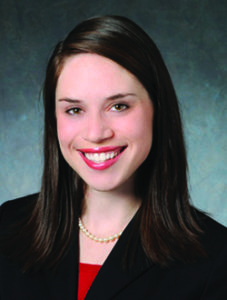 As 2019 winds down, a number of environmental regulations impacting the coal industry are in flux under the mounting pressure of various lawsuits and proposed rewrites by the President Donald Trump administration. While environmental advocates claim that the changes will result in considerable risks to the environment, coal proponents point out that the lifting of certain restrictions and extension of compliance deadlines will ease the costly burden being placed on operating coal plants that are already under considerable financial pressure.

The first change concerns the Affordable Clean Energy Rule, a carbon emissions rule that scaled back and replaced the former President Barack Obama-era Clean Power Plan. The rule directs states to develop their own plans for power plant emission standards, but it does not include reduction targets.

In August, multiple lawsuits were filed by environmental and health groups, states and cities against the Trump administration concerning the Affordable Clean Energy Rule. The main crux of the lawsuits’ arguments is that the rule violates the Clean Air Act because it does not set legal standards for carbon pollution reduction. In November, the federal court rejected the Trump administration’s attempts to expedite the litigation. The U.S. Court of Appeals for the District of Columbia Circuit found that the administration did not provide “strongly compelling” reasons to fast-track the litigation.

The second change on the horizon concerns a 2015 rule regulating coal ash. In 2015, the Environmental Protection Agency (EPA) enacted regulations under the Resource Conservation and Recovery Act (RCRA) to address the risks from the disposal of coal combustion residuals (CCRs) generated from the combustion of coal at electric utilities and independent power producers. The Obama-era regulation contains stringent requirements mandating that utilities conduct inspections and groundwater monitoring at ponds and landfills, install new technology to protect water supplies from coal-related contaminants, and clean up polluted groundwater. While requiring the closure of leaking ash ponds, the rule also contains provisions allowing coal ash sites to request closure extensions in certain circumstances. Since its inception, the rule has been embroiled in legal challenges.

In November, the EPA proposed what is now its third round of changes to the 2015 rule, lowering pollution limits, extending the deadline for plants to comply with new technologies until December 31, 2028, and exempting many coal plants altogether from the rules. Not surprisingly, there is considerable controversy concerning these proposed changes. An online public hearing concerning the rule was held December 19.

The final set of potential changes concerns the Steam Electric Power Generating Effluent Guidelines and Standards, originally promulgated by the EPA in 1974. The regulations have since been amended a number of times, most recently in 2015. The rule governs wastewater discharges, known as effluent, from steam electric power plants (including coal plants) operating as utilities, and the rule is incorporated into plant’s National Pollutant Discharge Elimination Systems (NPDES) permits. The rule sets federal limits on the levels of toxic metals in effluent that can be discharged from plants and requires plants to install technology to reduce their wastewater discharges.

In November, the EPA proposed changes to the rule, which has been subject to near-constant legal challenges. The EPA’s redraft of the rule relaxes pollution limits, provides financial relief and operational flexibility to fossil-fuel-powered electric generating plants by proposing additional technological treatment options, and extends the compliance deadline by two years to December 31, 2025. The EPA held a public hearing on the proposed rule on December 19.

Megan Caldwell is a partner with Husch Blackwell. She can be reached at megan.caldwell@huschblackwell.com.

Before the Dust Settles