Retaliation and the New OSHA Regulations

OSHA claims authority to penalize these alleged discriminatory acts that supposedly deter employee reporting, even if the employees do not complain. While acknowledging that the new rules expand, DOL opines that the antidiscrimination provisions of the OSHA Act, similar to the Mine Safety and Health Administration (MSHA) Act, already provide for this authority.

Sadly, the OSHA rule discourages programs critical to safety and health protection. Rather than restricting drug and alcohol testing, DOL (or Congress) should mandate testing for every accident investigated by the agencies. Where abuse and impairment is found, it should be addressed directly, instead of routinely hidden by agency investigations blaming equipment, procedures or conditions.

Similarly, agency opposition to safety awards and safety performance bonuses ignores the reality that they work to encourage teamwork and prevent accidents. The agencies should encourage these programs, not assume they are intended to deter reporting.

It remains to be seen how OSHA will apply its misguided rules and rhetoric, but the rules will likely be challenged in court and Congress. In the meantime, companies should review the new rules, examine their written policies and make adjustments to address the new DOL “discrimination” concepts. Here is a summary of some of the new OSHA mandates.

OSHA Q&A: What Does the Final Rule Do? “[It]…requires certain employers to electronically submit injury and illness data. It also requires employers to be informed of their right to report work-related injuries and illnesses free from retaliation; clarifies … reporting (programs) … must … not deter or discourage … reporting; and incorporates the … prohibition on retaliating against employees for reporting … injuries.”

Why does OSHA address retaliation? Isn’t it already against the law? “Section 11(c) of the OSHA Act already prohibits any person from discharging or otherwise discriminating against an employee who reports a fatality, injury, or illness. However, OSHA may not act under that section unless an employee files a complaint with OSHA within 30 days of the retaliation. In contrast, under the final rule, OSHA will be able to cite an employer for retaliation even if the employee did not file a complaint … OSHA’s preamble said the test would be “whether the action would deter a reasonable employee from reporting a work-related injury or illness.”

As an example, OSHA stated that “employer reporting requirements must account for injuries and illnesses that build up over time, have latency periods, or do not initially appear serious enough to be recordable” (Final Rule 81 FR 29670).

May an employer require post-incident drug testing for an employee who reports a workplace injury or illness? The rule does not prohibit drug testing of employees. It only prohibits employers from using testing, or the threat of, as a form of retaliation against employees who report injuries or illnesses. If an employer conducts testing to comply with the requirements of a state or federal law or regulation, the employer’s motive would not be retaliatory and this rule would not prohibit such testing.

OSHA Preamble Explanation: “To strike the appropriate balance here, drug testing policies should limit post-incident testing to situations where employee drug use is likely to have contributed to the incident, and for which the drug test can accurately identify impairment caused by drug use. For example, it would likely not be reasonable to drug test an employee who reports a bee sting, a repetitive strain injury, or an injury caused by a lack of machine guarding or a machine or tool malfunction. Such a policy is likely only to deter reporting without contributing to the employer’s understanding of why the injury occurred, or in any other way contributing to workplace safety” (Final Rule 81 FR 29673).

“OSHA does not intend the final rule to categorically ban all incentive programs. However, programs must be structured in such a way as to encourage safety in the workplace without discouraging the reporting of injuries and illnesses.”

It is a violation of paragraph (b)(1)(iv) of the final rule. It is a violation for an employer to take adverse action against an employee to use an incentive program to take adverse action, including denying a benefit, because an employee reports a work-related injury or illness. In contrast, if an incentive program makes a reward contingent upon, for example, following legitimate safety rules rather than whether they reported any injuries or illnesses, the program would not violate this provision. OSHA encourages incentive programs that promote worker participation in safety-related activities, e.g., identifying hazards or participating in investigations (81.FR 29674 4841-7723-2946, v. 2). 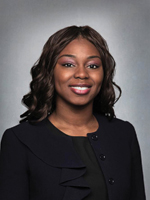