MSHA’s Up, Coal is Down

For its part, MSHA has reacted to the downturn in coal and the continued improvements in mine safety and health exactly as you would expect any agency to react: MSHA has asked Congress for more authority and a larger budget. Since we are all reviewing our own balance sheets with an eye toward cutting expenses, a look at MSHA’s budget seems appropriate.

First, how hard is it right now for the coal industry? We know the coal industry is suffering financially, but this is the worst downturn we have seen at any point in recent history. The price of coal has fallen and continues to fall. Coal exports are down. Demand from China is down. Last April, natural gas overtook coal in market share for electricity generation for the first time ever. Since 2012, more than 25,000 miners have lost their jobs, a full third of the workforce. Many of the largest coal companies have gone bankrupt. The current administration is decidedly and quite vocally not a friend of coal, and its policies reflect that fact.

Nevertheless, I am confident the market for coal will improve. No one can say with certainty how much improvement we will ultimately see or when, but cyclical businesses cycle back around. Development and growth require energy. Renewables cannot meet that demand, and nuclear power remains expensive and very unpopular. Natural gas will continue to play a role, but developed and developing economies continue to rely heavily on coal for power and continue to build coal-fired power plants. For example, Japan and Korea plan to build 60 new coal-fired plants over the next decade. Germany relies heavily on coal for power, refuses to develop its natural gas resources, and many of its coal mines are set to close in 2019.

Faced with a historic downturn, coal miners have never been safer. According to MSHA, in 2015, the industry achieved the “lowest overall injury rate in mining history” and “coal mining deaths dropped to the lowest levels ever.” A safe mine is a productive, efficient mine. Cutting corners on safety and health to cut expenses in the short term is a lot of things, all of which are bad. It is certainly bad business. If this industry did not recognize and embrace that fact and act accordingly, we would not have just had the safest year in this U.S. mining history. Good operators know that keeping miners safe is essential to running a profitable mine.

Without any doubt, the industry is working through a historically bad market while achieving a historically good safety and health record. With that in mind, let’s now take a closer look at MSHA’s budget request for 2017. MSHA has asked Congress to increase its budget and its workforce, though not dramatically. As I said above, this is to be expected of any government agency. That is just how our government’s budgeting process works.

Specifically, Congress appropriated $375.8 million for MSHA in 2015 and again in 2016. That’s MSHA’s total budget. MSHA asked for more each year, but Congress refused. For 2017, MSHA has requested $397.3 million, an increase of about $21.4 million. MSHA also asked Congress to increase its head count of full-time employees by six. Currently, MSHA employs 2,271 full-time equivalent employees.

Fewer operating coal mines and fewer working coal miners should free up some of MSHA’s resources. Indeed, MSHA expects to conduct 4,130 mandated inspections at coal mines this year and just 3,700 in 2017. MSHA said it is “readjusting its resources throughout the nation” to address the “decline of coal production, particularly in the Appalachian region.” However, that does not mean that MSHA expects to reduce its budget for coal. On the contrary, MSHA has requested an increase of $2.1 million for coal “to support implementation and enforcement of the final Dust Rule.” It is also requesting another $650,000 “to conduct inspections during off-shift hours” at coal mines, specifically impact inspections during off-shift hours.

How about pay? Conventional wisdom holds that a government job pays a bit less than one in the private sector, but the government job is a lot more stable and offers better benefits. I don’t think that anyone would question that the average MSHA inspector enjoys greater job security than a coal miner (or anyone working in the coal industry). As for pay, the average full-time MSHA employee will earn $79,537 in 2016, an increase of $787 over 2015. Senior managers at MSHA will earn an average of $174,821 in 2016, an increase of $1,731 over 2015. For 2017, MSHA has requested a modest raises for its senior managers (+$1,748) and for its average full-time employees (+$795).

By comparison, the average salary for a coal miner was $83,700 in 2014. I really don’t begrudge MSHA inspectors their pay. Good inspectors work hard and spend a lot of time on the road away from their families. However, I don’t think many coal miners are expecting a raise this year, modest or otherwise.

The coal industry is the safest it has ever been. That’s not to say that any of us should be satisfied with the steady progress made every year to improve the safety and health of miners, but we should take pride in that progress. At the same time, everyone in the industry, except MSHA, is trying to make do with less, not more. I don’t think it’s too much to ask of MSHA to simply make do with what it already has.

Before the Dust Settles 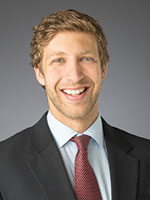