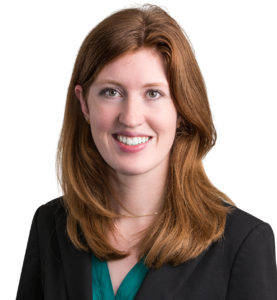 On June 1, the U.S. Environmental Protection Agency (EPA) approved a partial permit program that would give Texas greater authority over coal ash regulation within the state. Texas, a coal-producing state, is now the third state in the United States to run or partially run its own permitting program for coal ash management and the first to be approved under the President Joe Biden administration.

The Texas partial program allows the Texas Commission on Environmental Quality (TCEQ) to enforce rules promulgated under its solid waste statute related to coal combustion residuals (CCR) activities, as well as to issue permits (called “registrations” in Texas) and to enforce permit violations.

In April 2015, the EPA issued a final rule regulating CCR as nonhazardous waste under the Resource Conservation and Recovery Act (RCRA) and established minimum national standards governing the disposal of CCR from electric utilities in landfills and surface impoundments. In many states, the federal CCR rule placed an additional regulatory scheme on top of the already existing landscape of state regulations governing CCR management in impoundments and landfills. Where state regulations existed, they varied widely from state to state, but some states, including Texas, already had extensive regulations for CCR impoundments and landfills in place.

Following the passage of the federal CCR rule, many states maintained their regulations even if their programs differed from the federal rule. As a result, many utilities face confusing and conflicting requirements from redundant regulatory programs as they attempt to manage their CCR facilities. Many states regulate CCR landfills as solid waste facilities and monitored their groundwater quality, while impoundments are regulated under an industrial wastewater discharge permit through the National Pollutant Discharge Elimination System (NPDES) program. By introducing new requirements for impoundments, the federal CCR rule added additional work and evaluation to CCR management on top of these existing state requirements.

As a result, the 2016 Water Infrastructure Improvements for the Nation (WIIN) Act amended RCRA to give states the authority to operate CCR permit programs, as long as the EPA determines the state’s requirements are at least as protective as the federal CCR rules. Once approved, the state permit programs will operate in lieu of the federal management standards for the disposal of coal ash, however, the EPA must review the state program at least once every 12 years to ensure the state program remains as protective as the federal CCR rules.

Until now, Georgia and Oklahoma were the only two states in the United States to operate their own permitting programs for coal ash. Oklahoma became the first state to operate its own program in June 2018, and Georgia’s program was approved in 2019.

In September 2020, Texas, home to approximately 15 coal-fired power plants, submitted its state permit program application to EPA Region 6 requesting approval. In December 2020, the EPA proposed to approve the partial permit program and the program was formally approved on June 1. As a result, going forward, the TCEQ’s CCR permit program will operate in lieu of the federal CCR program reducing the regulatory burden on permittees, but the EPA is retaining its inspection and enforcement authorities.

While the federal CCR rule provides consistency for utilities operating in multiple states, there are also benefits to the unique decisions made by each state regarding CCR management, storage and monitoring. Many states’ existing regulations take into account site-specific conditions where the federal CCR rule has more of a “one-size-fits-all” approach. In addition, the introduction and evolution of the federal CCR rule has led to challenges for utilities in many states as they adapt to the new and often changing federal CCR rules. Utilities navigating both the state and federal regulations find themselves in a maze of directions and rules that can be overwhelming and difficult, however, state’s ability to operate their own CCR programs following the passage of the WIIN Act provides an opportunity to streamline the process while tailoring regulations to account for the unique aspects of their state.

Former EPA Administrator Scott Pruitt said the program “places oversight of coal ash disposal into the hands of those who are best positioned to oversee coal ash management: the officials who have intimate knowledge of the facilities and the environment in their state.”

It also provides utilities with an opportunity to educate state regulators about their experiences with a specific topic or site, potentially leading to more workable state regulation updates when they occur.

As a result, in addition to Oklahoma, Georgia and Texas, other states are reportedly planning to apply to operate their own CCR programs.

Megan McLean is a senior associate with Husch Blackwell LLP. She can be reached at [email protected]
huschblackwell.com.

Is Handling Paperwork the Weakest Link in a MSHA Defense Strategy?