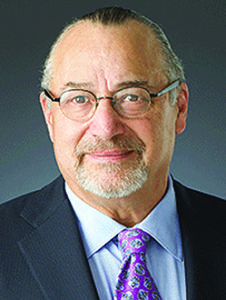 Looking back at 2019, I can see that we achieved yet another record low of 24 fatalities for the year. We have no matching work hour data to determine actual rates, rather than raw numbers, but even so, any reduction in fatalities and injuries is good news. However, the one thing that we can all agree on is that 24 fatalities is 24 too many and we can always do a better job. What can we do better?

With few exceptions, the Mine Safety and Health Administration (MSHA) has historically taken the view that its principle mission is enforcement of its regulations without any real consideration of whether enforcement is the most effective way to increase the safety and health of miners. It’s time for that consideration to take place. It’s high time for all of us to take a hard, objective, dispassionate look at what the best way to reduce fatalities and injuries in our industry actually is. MSHA’s own data shows that fatalities have remained roughly constant over the last five years and that there has been no definitive downward trend in the last 10. Assuming that data is correct, there ought to be no argument that something needs to be done.

The only way that progress can be made is if MSHA and industry engage in a genuinely cooperative effort to develop a new, more effective approach. In that regard, it’s worth repeating that the Mine Safety and Health Act is essentially 50 years old and many of the regulations under it come from pre-existing rules that are even older than that. What unquestionably worked to reduce hazards 50 years ago will not have the same impact now. Times have changed and solutions need to change with them. We must cooperate in the effort to achieve that change.

A suggestion as to how to start this cooperative process would be to take a different approach to rulemaking. MSHA’s latest regulatory agenda state that the new proposed regulation intended to reduce the potential for mobile equipment accidents. While the agency did solicit suggestions and comments from stakeholders on this topic, MSHA has not given the regulated community any indication as to even a general concept for such a regulation. If MSHA follows its traditional pattern of rulemaking, the first the regulated community will hear of the rule will be when it is formally proposed.

Rather than taking that approach, MSHA should consider engaging in negotiated rulemaking rather than using the traditional notice and comment process. In the negotiated rulemaking process, all parties gather to try to achieve consensus on the final text of the rule. This approach has been used successfully in the past by the Occupational Safety and Health Administration (OSHA) with regard to a number of rules, most notably the regulations on crane safety.

Negotiated rulemaking would be particularly appropriate here given the huge variety of conditions, equipment and circumstances that need to be addressed and the variety of equipment types, models and ages that it needs to cover. In a negotiated rulemaking, mine operators, miners’ representatives, manufacturers of both equipment and safety accessories, contractors, safety consultants, and even insurers could meet and hash through the best approaches to the complex issues associated with this problem.

MSHA’s last major rulemaking, workplace examinations for metal/nonmetal mines, was amended shortly after its promulgation. It was challenged in court two years after it became a final rule. The challenge struck down the amendment, but the rule remains embroiled in litigation, which, if successful, would completely repeal the current rule and reinstate its predecessor. Had all of the interested parties been allowed to cooperate on the language of the rule in the first place, the current litigation might have been avoided.

The same approach could bring improvements to the inspection and enforcement process. The act mandates that MSHA not just inspect conditions, but also inspect “practices.” MSHA might want to take that mandate a bit more seriously. The agency could shift some of the regulatory efforts toward talking to miners at companies with exemplary safety records about what they th